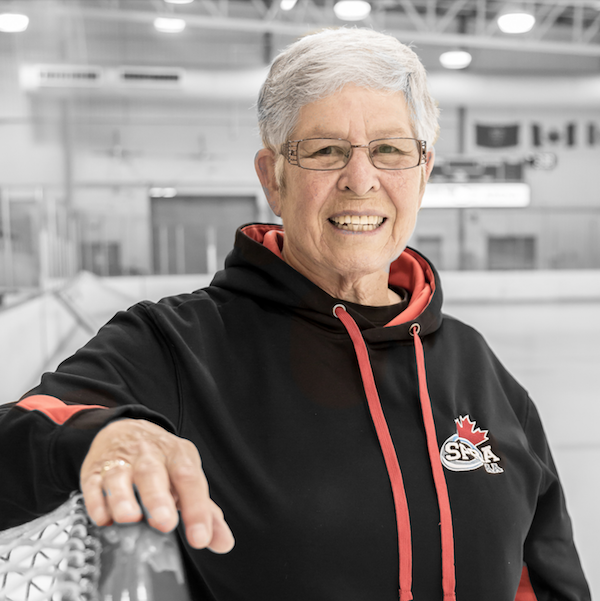 Ringette legend Phyllis Sadoway has received countless awards for her commitment to sport in Canada including a top national coaching award at last year's 2019 Petro-Canada Sports Leadership Awards Gala in Richmond, BC.

A family farm in northern Alberta is a long way from the bright lights of the World Ringette Championships, yet Phyllis Sadoway’s heart can rightfully claim both places as its own. From the time she started coaching her children in the sport, Phyllis knew ringette needed a little TLC to stay relevant and global. We caught up with this force of nature i Mississauga, ON.

Your name is more or less synonymous with ringette, on both sides of the border, but you were late to the sport as a player.

Oh, yes. I coached for many years and I was an ice hockey player at the University of Toronto, but I didn’t play ringette. And one day, when I was about 45, I was watching the girls play and I thought, “why aren’t women playing this sport?”. So I found some ice to rent in St. Albert, Alberta, and I put up a notice in the arena. I think five or six ladies came out. They couldn’t skate, but they could move that ring like nobody’s business and, most important, they wanted to be active and they wanted to learn and have fun. The skating came along, over time, and their friends started to join and before long, we had a really great league. 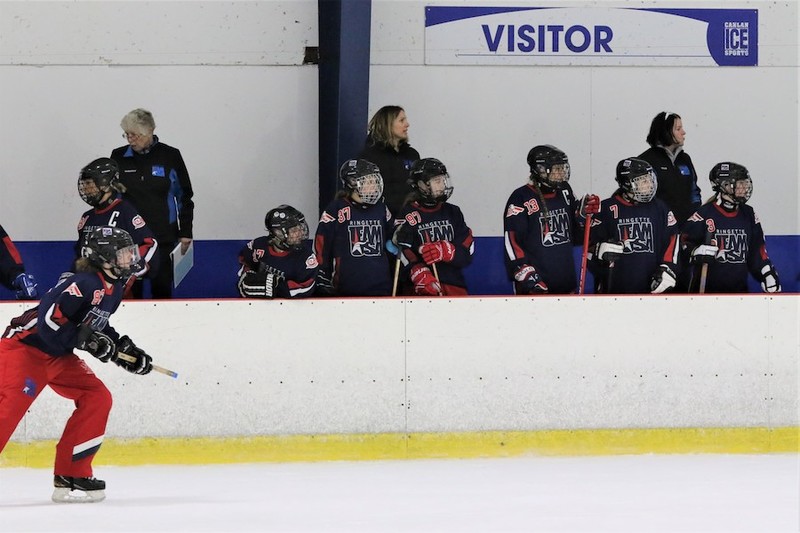 You’ve been a ringette coach for over 30 years. Tell me about how you started.

My late husband, Richard, and I were physical education teachers, believe it or not, in Germany at the Canadian Forces base there way back in the 1970s. When we came back to Canada, we ended up settling in Alberta on my husband’s family farm. Our girls joined the local ringette program in Sherwood Park in 1982 and I figured if the kids are playing, then I might as well coach. As the girls rose up in the ranks of the sport, I just followed.

So ringette is a family passion?

Absolutely! My husband actually started coaching it before I did, when our nieces were playing. Our girls, Kari and Trish had a great talent for the game. Kari ended up playing at the national level, so it sort of took over our lives (laughs). By 1996 I was the assistant coach for Team Alberta at the Worlds and Team Canada in 2002.

Both teams won gold medals if I recall.

Yes, we were quite a force to be reckoned with! But then the sport hit a rough patch. We needed four national teams to hold a world championship and only Canada, Finland and Sweden had national programs. So I thought why not bring the American players up here to train with the Canadian girls, so they could at least get a team on the ice. They came up here, some of them slept on the floor of our farmhouse, and they played the local teams in and around Edmonton.

Pretty much. I also coached the Edmonton WAM for a bit from 2007 to 2009, and I was still very involved in Ringette Alberta and Ringette Canada. 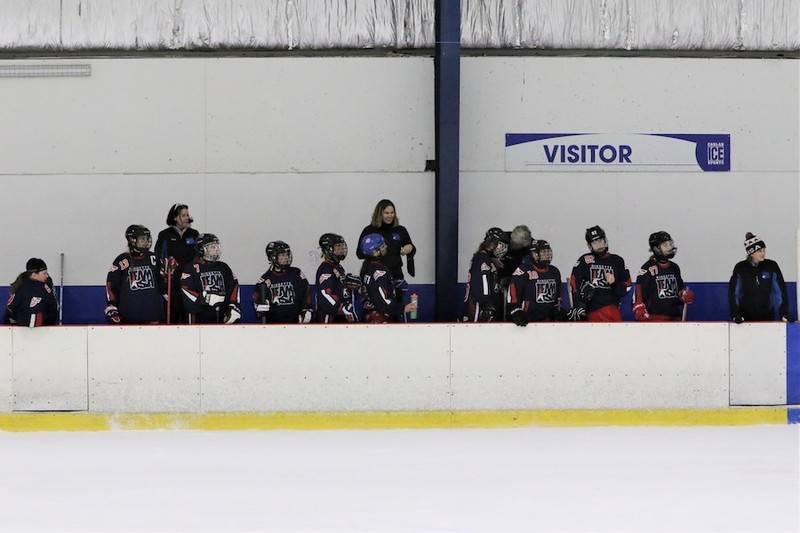 Tell me what you think makes a great coach.

First of all, you need to be trained. Coaching is something you need to learn, and Ringette Canada has done a great job of investing in its coaches. But there are other things, too, and I really think my daughter Trish is the best coach I know. She has three boys and coaches their hockey teams, and unlike the other coaches who yell and scream at the players and the opponents, she lets them play and speaks to them quietly as they come off the ice. It’s very personal and powerful and human.

I always tried to reinforce the ideas of sportsmanship and fairness to my players. This isn’t just a good guideline for sports; it’s a great tool for real life. You don’t always get the result you want, but you always need to treat the people around you with respect. That serves everyone in every aspect of life and business.

The other thing we have to remember, as coaches, is that we can’t coach everyone all at once all the time. The key is to break down your practice and focus on a few players at a time while the rest work on drills and skills. 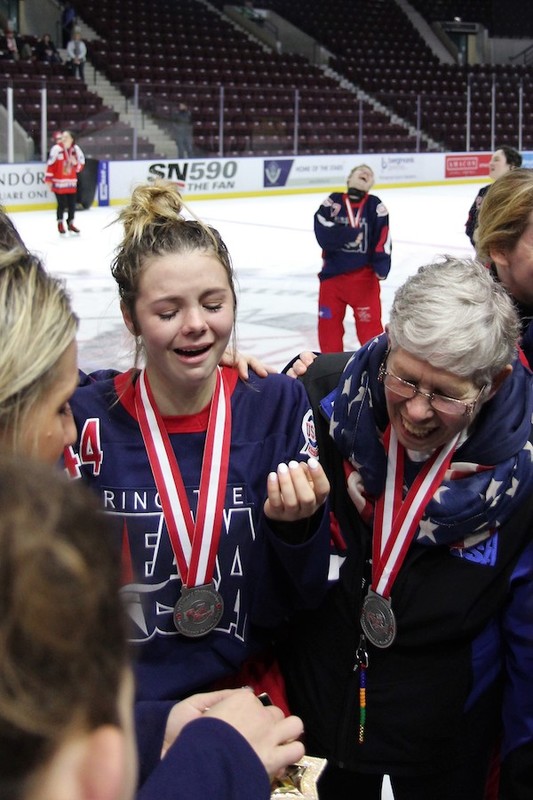 What’s your advice for women who want to try coaching?

Come out to your kids’ games and volunteer. It’s as simple as that. Most sports leagues are desperate for coaches. Focus on encouragement and not results. When those kids leave the rink or the field or the pool, the rest of their lives are out there waiting. We need to acknowledge that sports is just a part of who they are and we need to build their confidence for that brief time we share with them. I also strongly encourage anyone who wants to coach to take the training offered by their organizations or leagues. Athletes don’t develop unless we train them, and the same is true for coaches.

But you’ve done way more than coach ringette; you’ve built the sport across Canada and the US.  Tell me about that.

The thing is, without good coaches who know what they’re doing, no sport can really thrive. Talented players are obviously crucial but you also need creative coaches.  So, I got involved at the provincial and then the national level as a committee member and learning facilitator. I got to travel to pretty much every part of Canada to deliver coaching courses to the amazing people who keep local sports going. That’s a privilege. 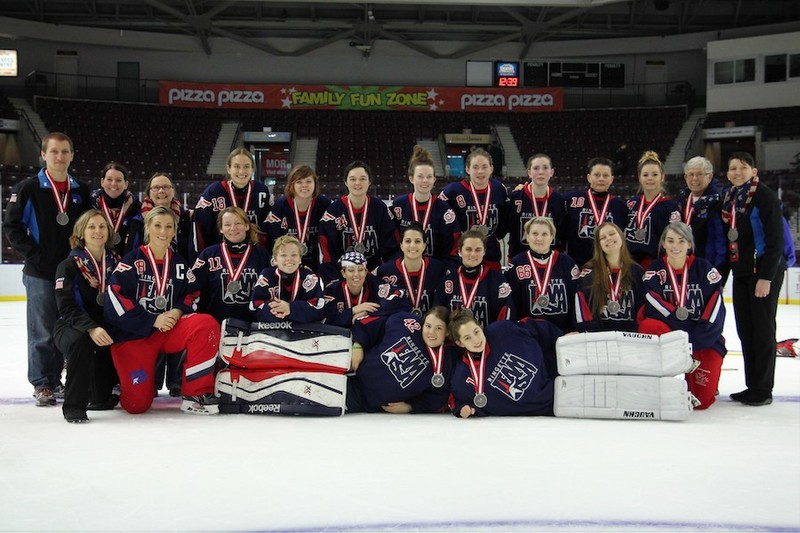 Is there such a thing as being too old for sports?

I don’t know how to answer that because I’m 72 and I feel like I’m just getting going.

Is it true you ran your first marathon at the age of 70?

Well, it was on my bucket list, so I figured I should tick that box! My daughters ran with me and it was a wonderful experience.  But I’m much happier playing ringette, so my plan is to do that until I’m at least 90 and then we’ll see.

More accolades for Phyllis Sadoway:  Phyllis has received the Alberta 3M Coaching Recognition Award, awards from Ringette Alberta, the Diamond Jubilee Medal, and the Alberta Coach Developer Sport Recognition Award The Ringette Alberta Phyllis Sadoway Development Award is named in her honour. Phyllis is a member of the University of Toronto Sports Hall of Fame and the Ringette Canada Hall of Fame. 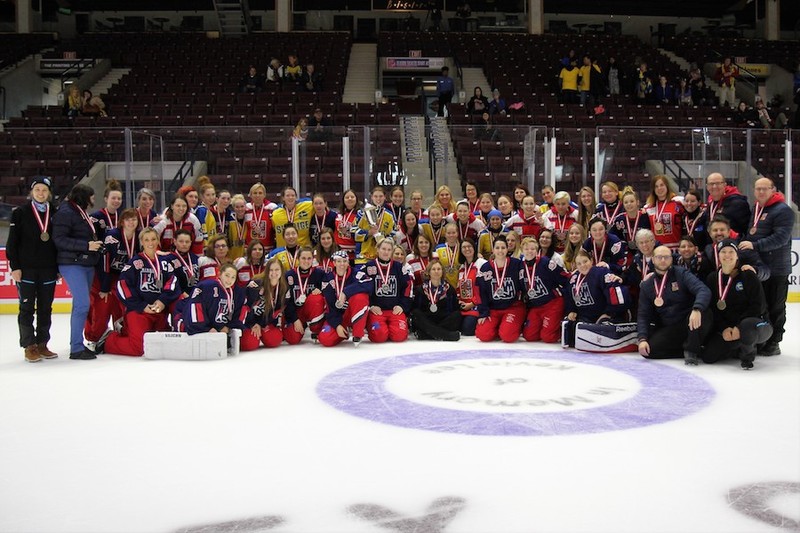 Photo Blog : Excitement and action from the 2018 Canadian Ringette Championships

Czech Republic Ringette: How one woman inspired her nation to play

Mother and Daughter - Experiencing the 2018 Canadian Ringette Championships together

The extraordinary team ambassadors of the 2018 Canadian Ringette Championships. Learning why giving is better than receiving.

Find ringette organizations and programs in our Athlete Advisor, your online athletic business directory. Find, rate and review ringette programs, local community offerings and businesses that will help you do your thing.

Need a place to coordinate and connect with your ringette team? Start a ringette group on our SWSCD Hub.

Share your ringette moments directly on our Discover blog or by using #seewhatshecando on social media and inspire others to play and watch ringette.

Tina is a Canadian-bred storyteller and Co-Founder of SeeWhatSheCanDo. Lover of all things outdoors, Tina's happy place is surrounded by forest, water and mountains. In moments when she isn't moving outdoors, CrossFitting or playing hockey, you'll find her watching her daughters on the dance floor or playing hockey, reading a book, or cooking up a storm.

Elizabeth is an award-winning brand and communications expert who loves back-country canoe tripping, playing and refereeing soccer, skiing and hitting golf balls into bunkers. She is also an adjunct professor at Centennial College and is quite fond of Irish whiskey.

Photos by Caroline Wiley (unless otherwise indicated).  Caroline bridged her 20+ years of professional experience in the sport and recreation industry together with her passions for photography and supporting women in sport to create SeeWhatSheCanDo. Her vision is to create a welcoming space where active women find a sense of belonging within their own local community, see themselves in authentic and awe-inspiring ways and find resources to help them be their best active selves.