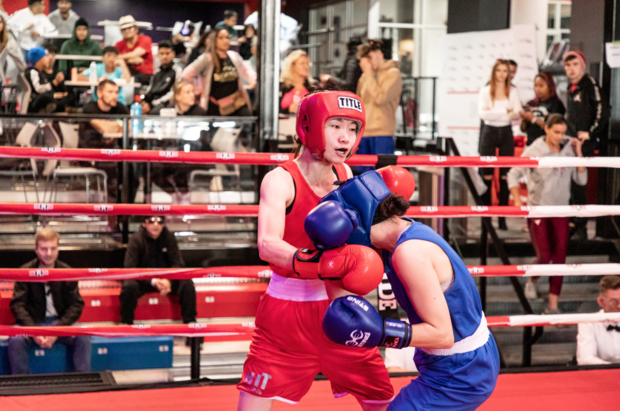 Hosted at Red Owl Boxing in Brampton, the tournament, also known as the Golden Gloves, determines the 2023 Boxing Ontario Provincial Team as well as which athletes will represent Ontario at the Canadian Championships.

Athletes who placed first and second will move on to compete at Nationals at a date to be determined by Boxing Canada, meaning they are one step closer to their dreams of representing Ontario and Canada on the world stage.

The hard work, dedication, passion, and skill of the athletes was on full display for the enthusiastic crowd at Red Owl and fans streaming online on Millions who enjoyed numerous competitive bouts over the course of the four-day tournament.

Boxing Ontario was thrilled to welcome Boxing Ontario alumnus, 2015 Pan Am Games gold medalist, and 2016 Olympian, Arthur Biyarslanov (The Chechen Wolf), for Session 3 of the Provincial Championships. Now an undefeated pro boxer (11-0), Arthur presented medals to the 75kg Male Elite Open finalists and took in some of the Provincials action. Boxing Ontario would like to thank Arthur for his support of the athletes and for all he has done for boxing.

In addition to the competition, sparring sessions were available for all Boxing Ontario youth and female athletes on the Saturday and Sunday mornings of the tournament, respectively. These sparring sessions provide athletes with the opportunity to develop their skills against a variety of boxers from member clubs across the province.

At the conclusion of the tournament, the Best Female Athlete award was presented to Nicole Drury of Bluewater Boxing Club, Best Male Athlete was awarded to Taverio Stewart from Dewith Frazer Boxing, and Lyla Simon received the Best Official award. Kathy Williams was recognized with a Special Official Presentation for her dedication, and the 2022 Volunteer of the Year, Matt Standish, officially received his Builders Award. The trophy for Top Club of the Tournament was won by King of the Ring, followed by Border City Boxing and Atlas Boxing. Congratulations to all the award winners!

Boxing Ontario would like to thank all the athletes, coaches, officials, doctors, volunteers, and the team at Red Owl for helping to make the Golden Gloves tournament a resounding success, and to all the athletes representing Ontario at Nationals, best of luck!

To view the final results of the Golden Gloves Provincial Championships, please visit the tournament page. The full 2023 Provincial Team will be announced in early December.

The next major tournament sanctioned by Boxing Ontario will be the Brampton Cup in February 2023 hosted by Bramalea Boxing. For more information on Boxing Ontario and upcoming tournaments, club competitions, and courses, please visit BoxingOntario.com.