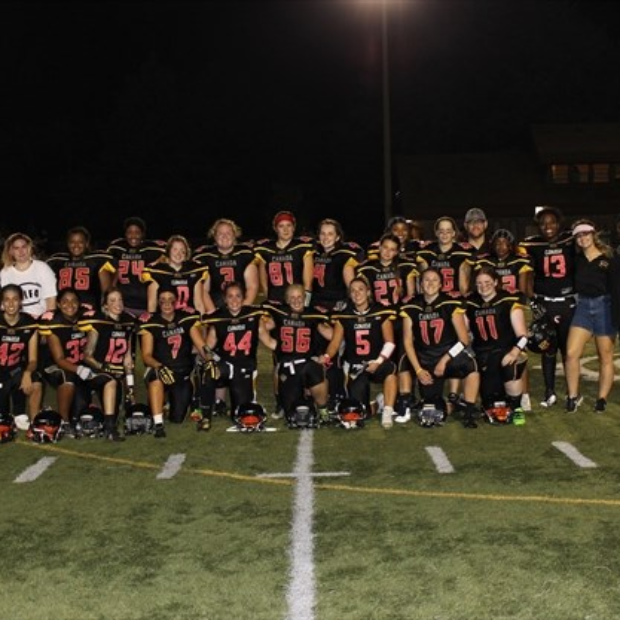 The Mississauga Indoor/International Football Association (MIFA) had a successful weekend hosting Team America and LeXfa Mexico for the International Bowl football games over Labour day weekend. This is the third year that MIFA has run the three day event and it has become a highlight of the year for players and coaches to take part in.

There were six different teams that competed in three back-to-back football games on Saturday September 1st at the Bronte Athletic Field in Oakville.

FXL Mexico Xtreme women’s football team versed the MIFA Lady Longhorns and FXL came out with a win of 13-12 against the MIFA women’s team.

The MIFA All Stars Canada Men’s Team, although victorious the year before, was unsuccessful at taking over Team America. The teams will go head to head in Florida in early 2019.

The MIFA All Stars Canada Women’s tackle football team, the only team available for women in all of Ontario, was a great representation for the Province and country, coming out with a win of 34-6 against LeXfa Mexico.

The games weren’t the only component of the weekend. The games started off with MIFA hosting a press conference at the Erin Mills Pump & Patio in Mississauga where teams, coaches and players had the opportunity to mingle and connect. A gift from sponsors was also distributed to all the players and coaches in attendance.

At the games themselves a variety of other entertainment was provided to the over 1,000 fans that attended the weekend. Face painting, half-time show and sponsor giveaways were some of the few components that made the weekend even more successful.

The weekend ended off at Erindale park with an Awards Ceremony and BBQ.

“International guests were pleased with the community support, this time next year there is no doubt in my mind we will have a major contributor onboard to grow this event and bring in even more International players to our City, our Province, our Country,” says Liston Bates Program Coordinator.