A few reasons why your daughter should give rugby a try 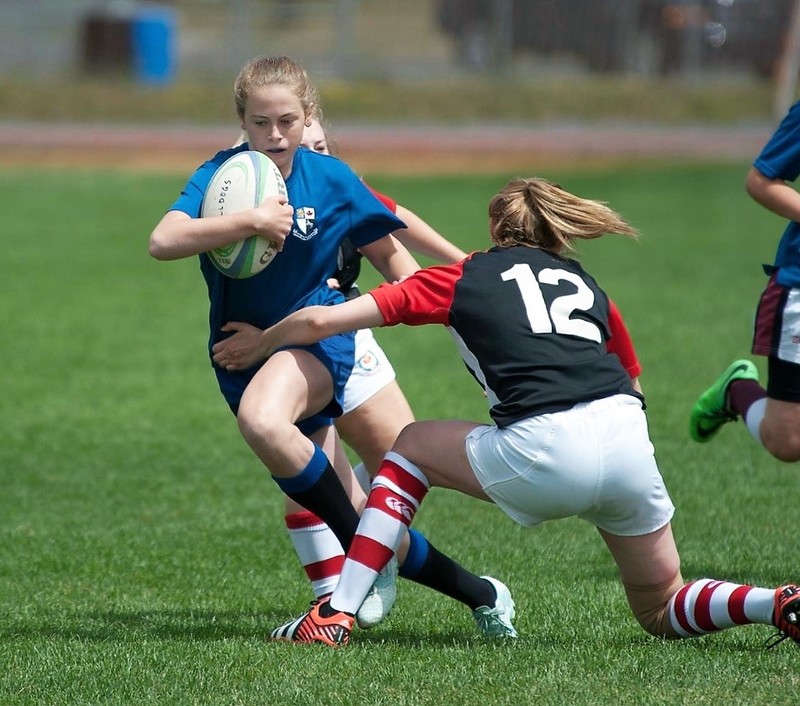 I know what you’re thinking. Isn’t rugby that game played by big burly guys, tackling each other to the ground, ending up covered in mud and lucky if they can walk away? I admit it may be difficult to picture girls and women playing this game. But you know what? They do and they love it.

In fact, according to World Rugby is one of the fastest growing team sports for women. And, it is one of the few sports played exactly the same whether you are female or male – the same rules, the same sized pitch (that’s the field) and the same equipment.

So why should you let your daughter play this full contact, physical game? There are many reasons but I’ll stick to the most compelling.

Rugby is a fierce game – no question. And it’s that fierceness that builds the sense of camaraderie. It takes the whole team working together, fearlessly facing the opponent, protecting each other and the ball, and moving it down the field as a unit to be successful. At the end of a hard-fought match, having endured all that the other team had to dish out together, there is a true feeling of camaraderie that permeates through the players. Many team sports build that sense of unity, inclusiveness, and closeness but none more than rugby.

Rugby does not discriminate. It is played by women of all shapes and sizes. Every player has a different strength to offer – running, blocking, kicking, passing, and scoring. In this environment it isn’t hard to see how it is boosting self-esteem, reducing the pressures of body image and improving the self-confidence of the women who play. With the pressures our young women face today, to put them in an environment like this is worth every scrape and bruise.

Rugby teaches discipline. It is a game that requires and builds great physical endurance and strength. It requires a commitment to train hard and play hard. It comes with the expectation of being knocked down but getting back up and carrying on. The discipline that rugby builds is a character trait that will serve your daughter well in her future endeavours.

There is a definite satisfaction and adrenaline rush that comes with the game. Running the ball down the field with a group of opponents close on your heel, ready to tackle you any moment is the very definition of an adrenaline rush. Using every ounce of strength you have to ruck over teammates, to protect them and the ball brings a tremendous sense of accomplishment. Then tackling an opponent to the ground and taking possession of the ball feels pretty good too! There is the simple satisfaction and benefit of being physically active. It is physically and emotionally demanding but the satisfaction of being part of such a great game is worth every bit of effort.

Girls can do anything

Last but certainly not least, girls can and should be able to do anything they want. There is something to be said about a game that was built for men that women are taking on by storm. Girls are not content to stand on the sidelines and spectate anymore. They want to be able to participate and be active. They are aware that it is rough, that they can count on getting knocked down, stepped on, bruised and muddy. But somehow that just makes it all the more appealing. Just to be able to say, “I play rugby” comes with a tremendous sense of pride for a great game that builds strength, determination, endurance, and commitment. 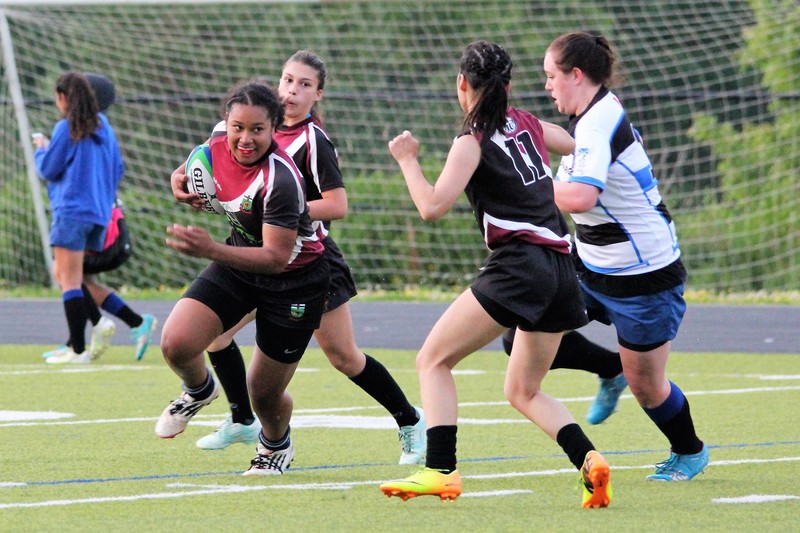 Women and girls are drawn to rugby.

It’s the intensity, fast-paced, physical nature of the game that is played in an all-female environment that makes it so appealing. Rugby brings women together, to work hard, to respect and protect each other, to respect the opponent and to respect the game. So let your girls try rugby or give it a try yourself!

To find out where rugby is played in your local community, visit Rugby Canada and click on the Provincial Union links.

Check out our Athlete Advisor, your online business directory for all things active in your community. Explore, rate and review rugby clubs, local community offerings and businesses that keep you moving.

Find an event or start a group on our SWSCD Hub.

Look for advice, stories, news and more on our Rugby activity page.

Photos by Caroline Wiley where not otherwise indicated. Caroline is the Founder of SeeWhatSheCanDo. Her world has always revolved around sport. Caroline's passion is moving, doing and photographing the active moments all around her. When she’s not making plays on the ice or actively exploring the world with her family, she can be found researching her genealogical history and immersing herself in all things Cornish.