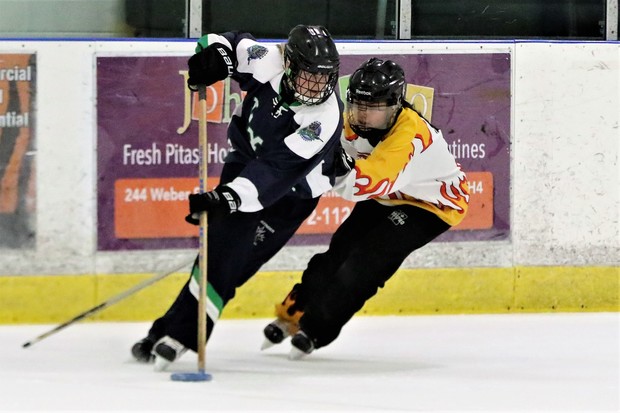 “We are pleased to be able to provide graduating U16AA athletes with the opportunity to take part in a high performance environment (including practice sessions, games, classroom sessions and fitness testing) while also introducing them to the requirements and lifestyle they can expect should they wish to pursue the high performance pathway as an athlete,” said Stephanie Laurin, Ringette Canada’s Manager of High Performance and Athlete Services. “This event also provides developmental opportunities for our ringette coaches and officials, which is an important part of their growth as they progress on their individual high performance pathway.”

There will be 68 athletes attending La Relève U17 2019 and they will be divided into four rosters. The four rosters will go head to head in round robin play (three games each) and each roster will also participate in three practice sessions, as well as fitness testing.

Athletes participating in the event include:

The following coaches and athlete mentors will be attending La Relève U17 2019:

The following officials and supervisors will be attending La Relève U17 2019:

The following games will be open to the public during the La Relève U17 event. All games will take place at Millennium Place which is located at 2000 Premier Way in Sherwood Park, Alberta.

About Ringette
Ringette is a Canadian sport that was invented in 1963 in North Bay, Ontario by the late Sam Jacks. There are currently over 31,500 players on nearly 2,000 teams across Canada, with over 1,500 officials and nearly 8000 coaches. Internationally, it is played in more than a half a dozen other countries around the world. Ringette has been designated a Heritage Sport by Sport Canada and as part of the Sport for Life movement, ringette is well advanced at adapting Sport Canada's Long Term Athlete Development model. For more information, please refer to the Ringette Canada Web site at www.ringette.ca.