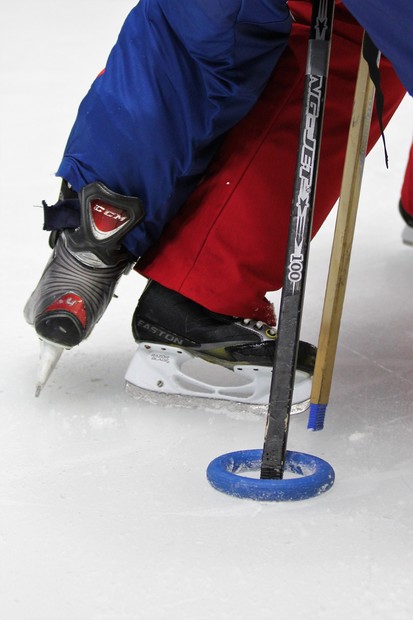 Ringette Canada is pleased to announce that Ring-Jet has been named as the official ringette stick of Team Canada at the upcoming 2019 World Ringette Championships. This agreement includes a custom, limited-edition, Team Canada Ring-Jet stick for each of Canada’s junior and senior national team athletes.

“We have had a long-standing relationship with DOM Sports and Ring-Jet sticks are certainly an industry favourite among our athletes,” said Natasha Johnston, Executive Director, Ringette Canada. “We are pleased to be able to partner with Ring-Jet and DOM and provide our Team Canada athletes with sticks that are specially designed for their competition on the international stage in Burnaby later this month.”

“At Ring-Jet, we are proud to be the stick choice for Team Canada at this year’s World Championships,” said Jennifer Amaral, President, DOM Sports, official Ring-Jet distributor. “We wish Team Canada the best of luck as they compete for gold!”

Ringette is a Canadian sport that was invented in 1963 in North Bay, Ontario by the late Sam Jacks. There are currently nearly 32,000 players on nearly 2,000 teams across Canada, with over 1,500 officials and nearly 8000 coaches. Internationally, it is played in more than a half a dozen other countries around the world. Ringette has been designated a Heritage Sport by Sport Canada and as part of the Sport for Life movement, ringette is well advanced at adapting Sport Canada’s Long Term Athlete Development model. For more information, please refer to the Ringette Canada web site at www.ringette.ca.