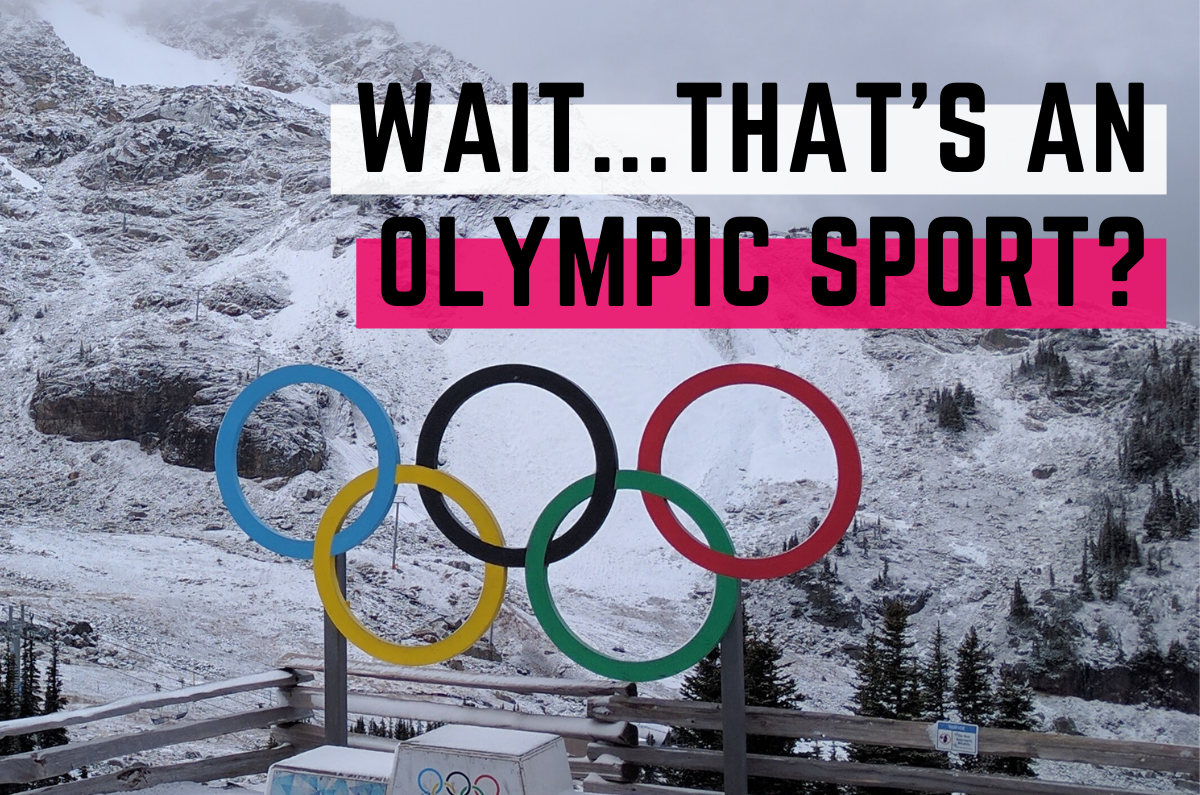 It is that time of year again, my favorite time, the Olympics are here! How lucky are we to live in a time when the Summer and Winter Olympics are BOTH taking place within the span of a year. A sports fan’s dream.

This past summer at the Tokyo Olympics Canada brought home 24 pieces of hardware, placing 11th overall. Canadian athletes took over the pool and the track, which made for enjoyable viewing and patriotic pride spread throughout the country.

But the looming question is, which is your favorite?  The Summer or Winter games?

For myself, being Canadian motivates a heightened sense of excitement around the Winter Olympic games. The great white north should collect lots of gold, silver and bronze when competing in snowy mountain sports, like moguls, and ice sports, like speed skating, hockey and curling.

So how many sports are there in the Beijing Winter Olympics? According to the official Olympic website there are 15 of them, each with multiple events. You can view the whole list here. Some of these are more mainstream, like hockey, and then there are some that I cannot imagine ever even trying, like skeleton. The name itself is quite daunting.

Eyeing the list of events got me wondering, how are these decided upon? Which events were originally in the Olympics? Have any been canceled? Removed? New ones to come in the future?

Clearly, a lot has changed over the past 98 years, but one thing that remains consistent is Canada’s prowess on the ice. In the 1924 games the Canadian men’s hockey team took home the gold after beating team USA 6-1. This year the Canadian women’s hockey team is off to a hot start, winning their first two preliminary round games by at least 10 goals a piece!

Another icy sport, and the oldest olympic sport in the winter programme, is figure skating. It was first introduced in the 1908 London Olympics, which were ironically held in the summer. Figure skating is a beautiful combination of an artist’s finesse and an athlete’s precision and power. Canada’s own Tessa Virtue and Scott Moir are the most decorated Olympic figure skaters in history, holding 5 medals, three of which are shiny gold.

Can you imagine a sport that combines the graceful nature of figure skating with skiing? Well, believe it or not ski ballet made an appearance on our home soil at the ‘88 Olympics in Calgary. Athletes on skis would perform routines for 90 seconds in a flat ring of snow covered ground. Apparently I found it much more entertaining than the Olympic committee because it was promptly removed from the games after 1992. Don’t believe me? There's video evidence here, take a look for yourself! I promise it is worth the watch.

It doesn’t stop there, combining two of my least favorite things - the cold and having to excel under pressure individually. Winter Pentathlon made its debut in 1948. It was an event that combined cross-country skiing, shooting, downhill skiing, fencing and horseback riding. Five seemingly unrelated sports all lumped into one. That said, I am not surprised this one didn’t last more than one olympic games.

Last, but not least, skijoring and dog sled racing have also appeared at the winter games. The latter of which most of you are probably familiar with, but skijoring? What in the world is that?! Introduced in Europe, skijoring began with skiers being pulled by reindeer, and over the years included horses and dogs. The horse lead version debuted in the Olympics in 1928, and you guessed it…. Never again.

From the first sport - figure skating, to ski ballet, winter pentathlon and skijoring; all of which were hardly in the Olympics before they were removed. To where we are now - 5 rings, 15 sports, 2,885 athletes representing 92 nations.

What do you think the future of the Olympics holds?

Congratulations to all the Canadian athletes who have won medals so far! Our current medal count is 1 gold, 1 silver and 4 bronze for a total of 6! Go Canada Go!