Today on World Kindness Day We Can... 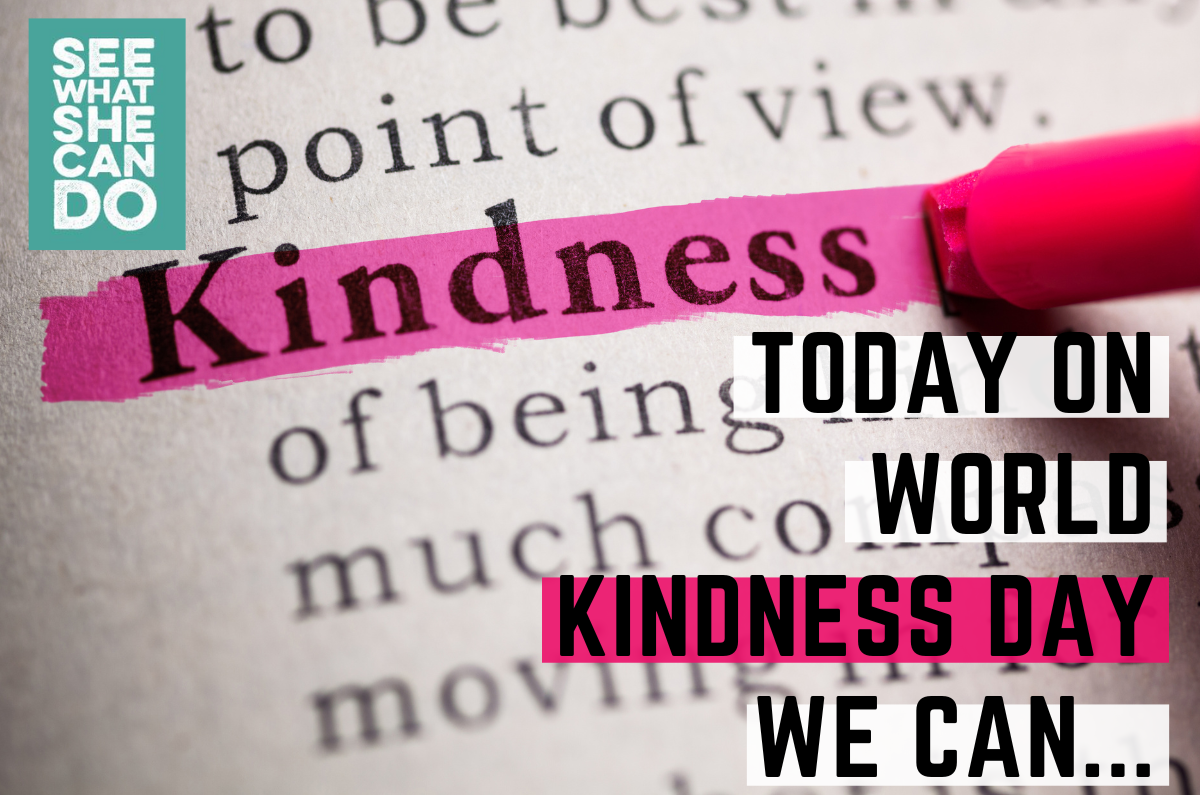 Sport is a competitive space. Outside of not keeping score and fair play rules, from way back in the day when I ran around the soccer pitch in pigtails and my shorts went down to my ankles, sports games are won or lost. This dichotomy contributes to the excitement that sport provides. It is the thing that keeps fans on the edge of their seats, the trigger for adrenaline running through an athlete's veins. Whether you are a participant or spectator, in a championship game or playing recreationally with friends, you keep score and strive to come out on top.

But as we have talked about time and time again, sport not only results in victory or heartbreak, it also brings people together. Sport unites. Creates community. Builds character. It develops athletes but extends much beyond that. It is so much more than winning and losing.

Sport is seeing Olympians give back to their communities. It is watching a team build up those around them. Sport is cheering for your favorite athlete to score the game winning goal, touchdown or basket while celebrating the work they have simultaneously put into developing their own foundations and using their status and privilege to make the world a better place.

One of these athletes is Pau Gasol.

Pau Gasol is a retired Spanish basketball player. He is a six-time NBA All-Star, two- time NBA Champion, Rookie of the Year (2002) and is regarded as one of the greatest power forwards of all time. But his impressive resume extends much beyond the court. Pau Gasol is a UNICEF ambassador and has his own foundation which works to eradicate childhood obesity and build a healthier future for youth. He had the realization that he could use his success as an athlete and translate that into positively impacting the community around him. You can read more about Olympians like Pau giving back here.

Pau is not the only leader in sport giving back to the community. Professional sporting leagues commonly uphold their own social responsibility initiatives alongside individual player efforts. The NHL, for instance, donates roughly $10M a year to charities, but also leverages their platform to promote positive change in the world. Their Hockey is For Everyone campaign encourages all community programs to “provide a safe, positive and inclusive environment for players and families regardless of race, color, religion, national origin, gender identity or expression, disability, sexual orientation and socio-economic status.”

Professional sports leagues and athletes have the power to change. To set the right example for those who are watching and to give back to a community that has built them up. But money is not a prerequisite for acting with kindness. The power to positively change our community is also held by you and I.

So I ask you this question, today, on World Kindness day, what is one thing you can do to spread love, joy and laughter?

Here are some ideas from me:

I challenge you to do one thing, not only today, but everyday, that spreads kindness. And if you need a dose of happiness, or have some to share, you can read about and contribute kind stories on the World Kindness Movement webpage here.