The Spirit of Sandra Schmirler will be alive in North Grenville 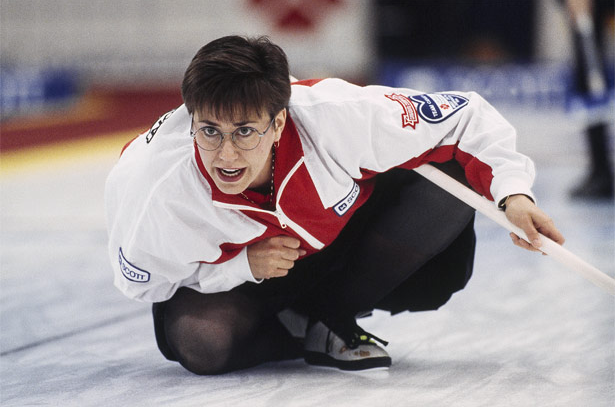 On October 27- 30, 2022, North Grenville will again play host to a Women's World Curling Tour event. The newly renamed North Grenville Fall Classic will feature 24 teams from across Canada, the USA and Switzerland competing for $25 000 in prize money.

This year's event brings a true spirit of curling to the NGCC. Four junior curlers have been awarded the "Spirit of Sandra Scholarship" from the Sandra Schmirler Foundation, also making an appearance at this year's fall classic is Foundation board member Kerry Galusha.

Since its inception, the Sandra Schmirler Foundation has raised almost 7 million dollars supporting over 90 hospitals across Canada. It is the only foundation for Canadian Neonatal Intensive Care Units. The foundation's work has given critically ill newborns a chance to grow up and follow their dreams.

Curling out of Curl Sudbury, Bella and Piper Croisier. Bella is a three-time recipient of the Spirit of Sandra Scholarship. She is the skip for Team Croisier and has earned two national titles in a single season (Canada Winter Games and U18 Canadian Curling Championship in 2019).

Her sister Piper is a two-time recipient of the scholarship and is a member of the Northern Ontario Curling Association Youth Advisory Committee. Her dedication to the sport of curling is shown as a volunteer with the Little Rocks Program and mentoring U15/U18 teams, and she also developed a learn-to-curl program for international students. She was a member of the 2019 Team Croisier.

Hannah Gargul is a first year Sports Studies student at Bishop’s University.  She plays lead on Team Horton from Pointe Claire Quebec.  She helps run the junior curling program at her home rink and volunteers running junior curling events.  This past year her team won the U21 playdowns and represented Quebec in the World Junior qualifier.  She was also a member of the 2019 Provincial Championship team and represent Quebec at the Canadian Winter Games.

Look for Emma Acres as the fifth on Team A. Acres, she is currently attending Queen’s University pursuing a Bachelor of Science degree.  Emma was the skip of Team Acres and with her team won the U18 Ontario Provincial Championship this past season.  Emma volunteers her time at summer camps, and as a soccer and curling coach.