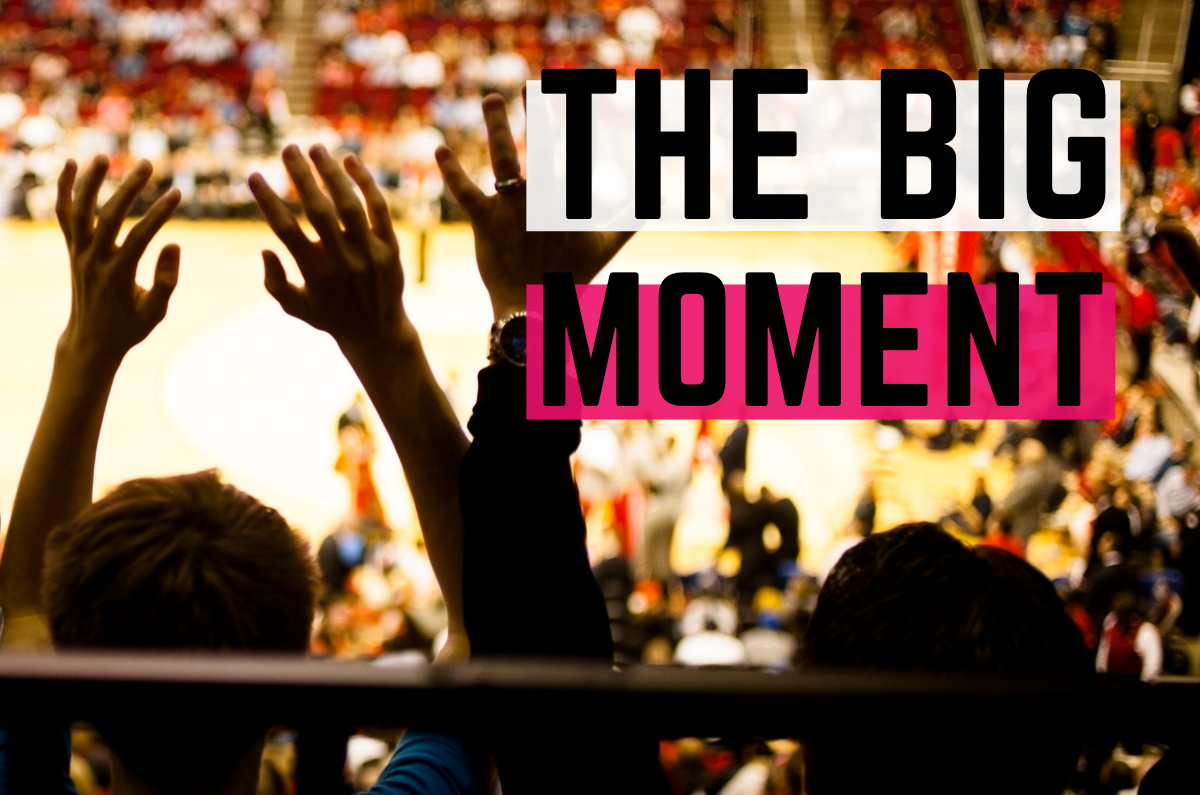 It has been a while since our last post, Celebrating Black Herstory. March glazed on by, a month that is essentially heaven for a former varsity basketball player or fan that is enamored by high stakes, shocking performances put forth by underdogs. It is a month of athletes basking in the big moment. I love it.

As I sit here and write, I am reflecting on an incredible weekend of big moments. I have closely followed the Usport Final 8 Basketball Championships, the Canadian university national tournament, and March Madness, the NCAA basketball championships.

This weekend was the culmination of both competitions; games that had teams battling from behind, going into overtime, buzzer beaters all of which kept me on the edge of my seat as a fan.

I began to reminisce about my experience in the big moments; the hype, the importance of the mental game and the pressure put on student athletes to perform in their sport but also in the classroom.

There is a feeling you get when you are in a gym surrounded by thousands of screaming fans who are waving signs in the air, banging pots and pans, cheering and heckling. It is euphoric, your palms start to sweat and nerves bubble up in your tummy. You know, then and there, that you may never experience that rush of adrenaline quite the same ever again.

And with all of this hype athletes are expected to achieve peak performance. But how?

How can you quiet the noise? The voices in your head telling you to run faster, coaches yelling out plays, teammates cheering you on and fans screaming. How can you ignore all of these distractions? Or better, how can you use them to fuel your fire while you simultaneously remain calm enough to shoot, pass and execute plays? The simple answer is, not everyone can.

Paige Buekers, a Sophomore at UCONN and winner of the Wooden Award in the 2021 season along with many other accolades, is one of these rare phenoms. According to legend, Sue Bird, “she is clearly talented... She definitely has that clutch gene and the game is on the line”

Buekers’ UCONN Huskies would go on to lose in the National Championship game despite leading her team in scoring. As it stands, Buekers was not the only player in that game who displayed the “clutch gene” as Sue calls it.

"She was on fire… It was her day, her night. And she took every advantage of it."

This is Lisa Boyer, associate head coach of the South Carolina Gamecocks,  sharing her praise for the now national champion Destanni Henderson.

Henderson is a senior guard for the Gamecocks. In the championship game, arguably the highest stakes setting she has and may ever compete in, Henderson put on an unforgettable performance. Her best ever.

"I really didn't even know that I had a career high," Henderson said.

Henderson ended the game with a career-high 26 points, four assists and three steals. She was in what I like to call the zone, when you don’t even realize what is going on around you. Every possession happens in slow motion and things come so easy. The zone is relaxed, an out of body experience but ironically allows you to be so intune with your body you don’t need to think.

I remember one game I played, WAY back in grade 10, where I was in the zone. What I would give to be back there, in the shoes of Destanni Henderson.

Not only is Henderson a player who has the ability to perform on the biggest stage at her best both physically and mentally, but she is also an honor roll student.

Sometimes we forget the “student” in “student-athlete”. Especially in the NCAA, athletics are a business. The pressure on students to excel academically is expected but not always prioritized or supported.

Point is, these competitions are revenue generators. But schools like UCONN and The University of South Carolina are supposed to be graduate generators. So what does that balance look like?

Student athletes are on the road doing homework on the bus, supervised tests, coordinating group projects from afar, all well trying to prepare for a big game and studying their playbook. Missing classes, midterms and fighting to perform academically and athletically.

It is most certainly no walk in the park.  But is it worth it? The countless hours of lost sleep, missed parties, working late on assignments, maintaining a disciplined training routine and nutrition plan all to potentially lose in the big championship game?

I can tell you without even thinking, yes.

Cherish the moment. As Destinni alluded to on Sunday, "It's just even more of a blessing, and just an honor to do it in this moment, a special moment, that all of us are going to remember forever."

The euphoria. Adrenaline. The hype. The big moment.

Cherish them, they don’t come around everyday but will most certainly never leave you.