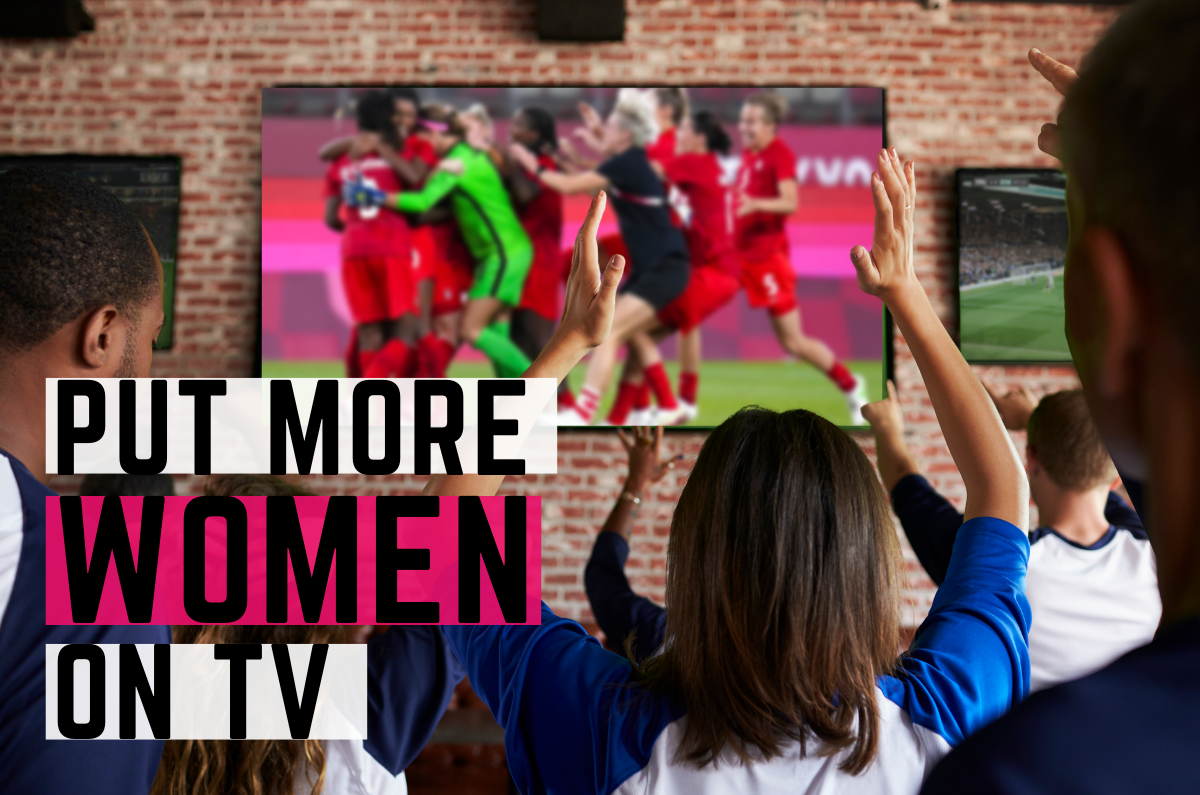 It’s a new month, a new week and a new chance to get out, enjoy the beautiful July weather and get active! Or, if you prefer, sit back, put your feet up and enjoy some of your favourite sports on TV instead.

Sports broadcasting is such a fascinating world. It is really the only programming that requires live engagement and viewing. As a sports fan, one of the WORST moments is when you record an exciting game, maybe it's a big tournament, playoffs or an Olympic final and a friend, family member or any one of the sport accounts you follow on social media spoils the outcome for you.

So the need for sports media is undoubtedly present; via radio, television or social media - however you consume your sports news. The representation of women’s sports on these media channels has been a controversial topic in the past, and continues to be one. A study was conducted as recently as 2019, which found that women’s sport only accounted for 5.4% of media coverage. A staggering statistic that highlights a huge gender inequality in the sports world.

Professional female athletes recognize the problem and to their credit are doing something about it. Alex Morgan, Chloe Kim, Simone Manuel and Sue Bird, four of the most successful female Olympians, created their own media platform called Togethxr. The purpose of their platform is to increase visibility and engage fans through mainstream channels.

Similar to our previous Pride post about LGBTQ+ representation in sport, it is important for girls to see women on the TV. Togethxr is one way to do this. I don't want to jinx anything, but I feel like a big shift is coming for women’s sports coverage. I witnessed it first hand this past weekend with both women’s basketball and soccer being broadcasted nationally for fans of all ages to ogle at.

GLOBL JAM held its inaugural tournament this past weekend, right here in Toronto. GLOBL JAM is an under 23 international basketball tournament for both men and women. But what excited me most was the coverage and hype surrounding the women’s game.

Canada, the United States, Belgium and France battled it out this weekend and it was all broadcasted, nationally, on Sportsnet. Sportsnet is Canada’s #1 sports media brand, so their support for young female athletes is extremely impactful. It gives the 10-year-old girl who wakes up on a Saturday morning and turns on the TV a chance to watch and idolize female basketball players. It allows her to believe that her goals of continuing to pursue sport can become a reality. It encourages her to dream.

GLOBL JAM was a huge success for the Canadian women who finished 1st! Congrats to the players and the coaching staff, including Head Coach Carly Clarke who also leads the Toronto Metropolitan University (formerly Ryerson University) Women's Basketball program, on an awesome tournament.

And if basketball isn’t your cup of tea, you were in luck this past weekend with the Canadian Women’s National Team playing in the CONCACAF championships in Mexico. Coming off their Olympic gold finish in 2020, the Canadian Women’s National team is well supported across the country. Luckily for all fans from the west to east coast, CBC Sports provided national coverage of the Canadian games, all three of which they were victorious and have now secured their spot in the 2023 World Cup!

So as you can see, there are instances of great coverage of female sporting events. Is there still a huge discrepancy? Yes, but weekends like this one prove that not only is promoting women’s sports possible, it is important. To celebrate the athletic successes of strong females and continue to inspire the next generation.

So do your part by seeking it out. When you’re scrolling through your TV guide and you see a female sporting event, put it on. Follow social media accounts like the GIST and support organizations like Lead Thru Sport who empower girls to remain active and chasing their athletic dreams.