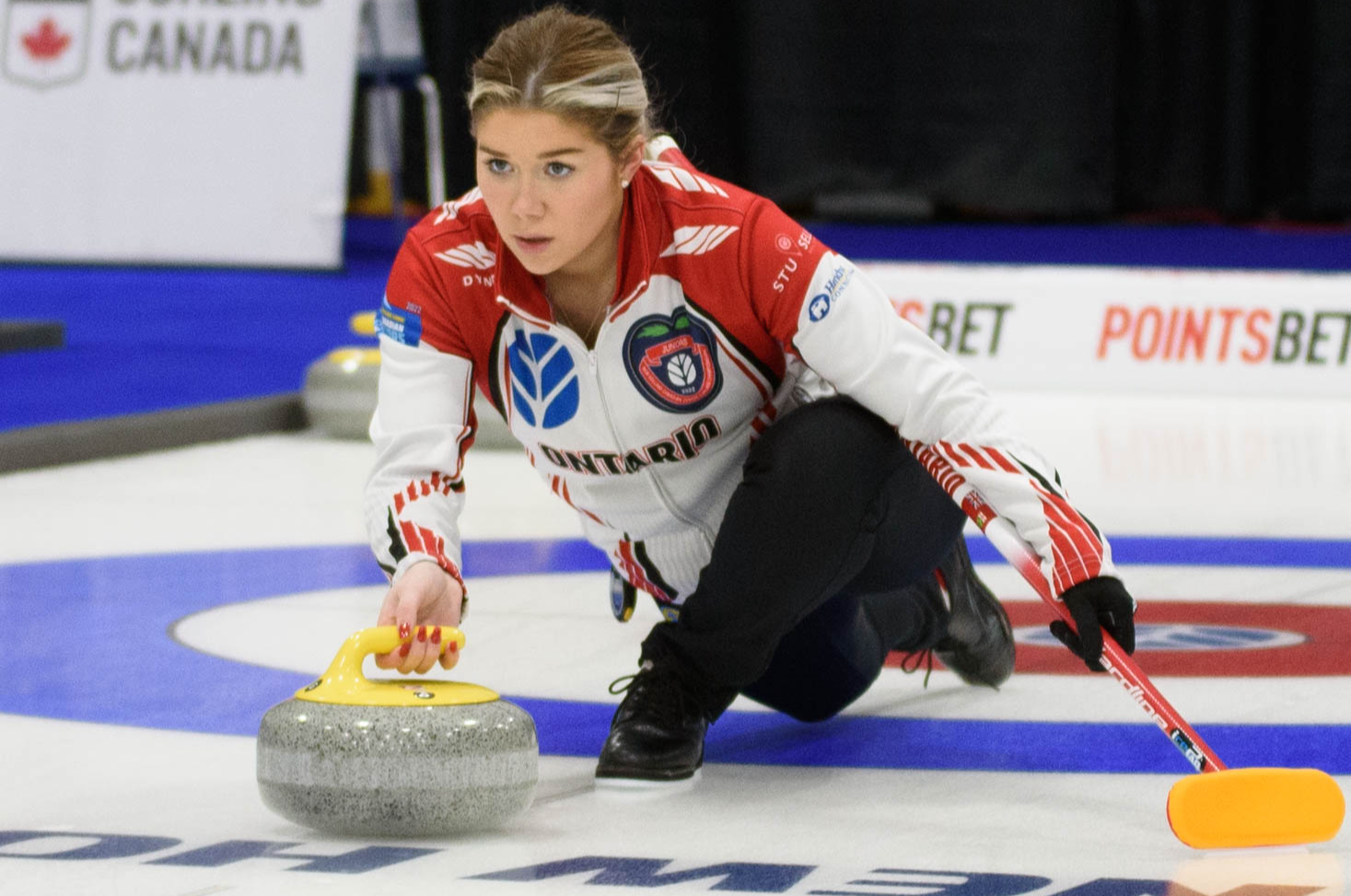 Stratford Ontario is playing host to some of the top U21 Women’s curling teams from across Canada.  The New Holland Canadian Junior Curling Championships are being held at the beautiful Stratford Rotary Complex.

Teams qualify through provincial/territorial championships across Canada hosted by their respective Member Association.  This year’s event did not have a team from Nunavut; thus four additional spots were awarded.

Ontario is represented by Team Deschenes out of the Rideau Curling Club (Ottawa) and Team Steele from High Park Curling Club (Toronto).

The teams compete in an eight-game round-robin with the winner in each pool advancing directly to the semi-finals and second and third-place teams will play in cross-over quarterfinals.

The event concludes on Friday, April 1, 2024.  Event information and draw results are available at https://www.curling.ca/2022under21/

Live streaming is available on the Curling Canada YouTube Channel