Lauren Choy: Life on The Ice 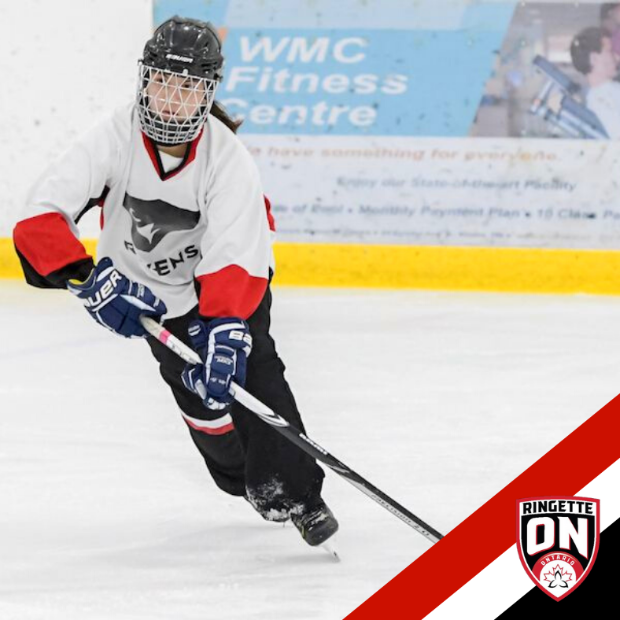 How does a long-time hockey and lacrosse player who has never tried ringette, make the Carleton Ravens ringette team in her first year of university? We met up with Lauren Choy during AA Provincials 2020 in Richmond Hill to find out.

Thanks for taking the time to talk with us, Lauren.  Why don’t you tell us a little bit about who you are and where you’re from?

So Novice, tell me what age group that is? When did you get started?

Wow, okay so it suffices to say that you like to be on the ice then.

Yes, it’s definitely one of my favourite things to do.

That's great.  What got you thinking about playing ringette?

Initially, I went to Carleton University's ice hockey camp in the spring.  At that time, I realized that the hockey team's schedule wasn't going to work for me so I decided that playing university hockey wasn't going to be an option.  I did end up coming to Carleton for school, and a few weeks in, my dad sent me the link to the university's ringette team page and told me “tryouts are tomorrow, you should go!”. I emailed the manager back and forth a couple of times and she said to come out and see what happens.

So, tell us a little bit about what you think of ringette? How is it similar to hockey and lacrosse and how’s it different?

Okay, so at first, ringette was really different, I couldn’t stop the ring, or pass, it was not great. But the skating style is all similar to hockey. I guess the Carleton ringette team coach (Coach Dave) saw some potential, so he gave me a try.

I also find the rules for hockey are very different.  In ringette, you have to pass the ring over the blue line and only three people can be in each zone at a time. So, the rules were a little bit confusing at first, because I was used to playing hockey, but it wasn’t too bad, because I also play lacrosse and that helped.

I play field lacrosse and box lacrosse too. In lacrosse, like in ringette, there is a line called the restraining line and only a certain amount of people can be within the line at the same time.  The remaining players have to stay back for defence. So the rules were like that, and a lot of the plays we do like the cycles and the picks, are similar to box lacrosse. 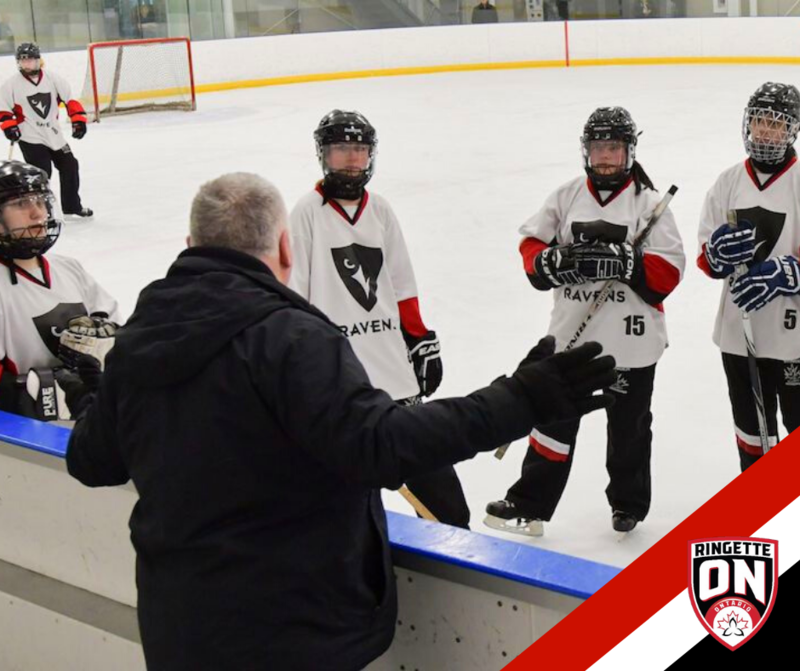 Got it.  So, what’s been your impression so far of playing university ringette? How have you enjoyed being part of a team and how have you made it work with your schedule?

So far, I love it! It’s good. The team was really welcoming. I know at first, I was really bad, and it was probably a bit of a surprise for those players who had been playing for such a long time have someone who’s never held a ringette stick before on their team. But they were all really nice, very helpful, and super welcoming. I love being on a team, it's one of the best parts of sports.

That’s fantastic. How does it feel to be at Provincials?

It was pretty cool for the time that it lasted.  Unfortunately, the tournament had to be shut down because of the COVID-19 virus.  But being at provincials now is much like hockey.  What I mean is that its always fun to see people from all over the place coming to play, and everyone is trying their absolute hardest, so the games are really fun to watch and play in.

Just to step back a bit, did you know the game of ringette or were you at all familiar with it prior to playing it this year?

I’d seen ringette players around the rinks before, but I’d never played, watched, or done anything with it.

So, it really was a first-time experience for you?

So, what would you say to someone who might be in a similar situation as you – going to university for the first time and faced with not being able to play their core sport?

I say try a new sport. Just go for it! It doesn’t hurt to try, and you might just end up loving it!

Yeah, I love skating, I could skate for hours! During the winter I love skating with my friends. Now that I live in Ottawa, I’ve been skating up and down the canal almost every day.

Good for you! What a great to make the most of what Ottawa has to offer.  So, you’ve really leveraged your passion for being on the ice to allow you to get engaged with your new community. That’s great. How have you found having this network of new teammates help you in your first year of university?

It’s really good.  Some of my teammates are actually in my program so sometimes they will offer advice - like about professors for example. And it's really nice because most of the people I know are really only in my classes or on my floor, so they have the same general background. But when you get to ringette, there’s a whole bunch of different people, different ages, different programs. It's pretty cool.

Do you find it been a good support network?

Have you talked to your friends from home about your playing ringette, and would you ever make the suggestion, not only play hockey but try ringette too?

Oh yeah.  One of my friends goes to Guelph, and we were playing Guelph yesterday. I was like “come play ringette and we'll play against each other!”.  She’s my best friend and we’ve played together since we were ten, so I’m like “come on! come play!”, but she’s not really into it so far. But I’m still working on her!

Stay tuned we might come back in a few years and it’ll be a different story.

Yeah, maybe she’ll be another person you interview at a future Provincial Championship tournament.

Exactly! Is there anything else you wanted to share? Any advice or impressions you’ve had so far?

No, I mostly just want to tell people to try it! If you think something’s interesting, just go for it. You might hate it, but you might love it. Just stick with it for a little bit.  Just give it a try!

We really appreciate you taking the time to chat with us. Thank you.

Thanks for having me.