How to recruit female sports leaders and be a positive role model: Christina D'Ambrogio 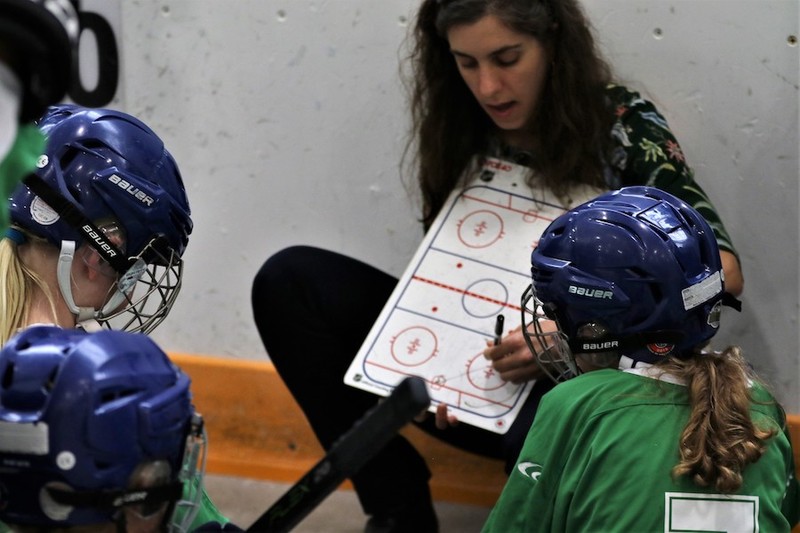 See it to be it: Why we need more female leaders in sport

Coaches play a critical role in determining the experience young athletes will have in any kind of sport participation. Beyond building knowledge and physical skills, coaches are role models who help youth build confidence, self-esteem and life skills. Positive role models are vital to sports participation, yet the lack of women in leadership and coaching positions continues to be a challenge facing many community sport organizations. Having positive female coaches and leaders as role models allows young girls to 'see it' so they can 'be it'.

Women are an untapped resource in the sports community. We caught up with Christina D'Ambrogio, head coach of a brand new U10 girls rep ball hockey team for the Etobicoke Minor Ball Hockey League (EMBHL) to get coaching tips and her thoughts on how to recruit more female leaders and coaches and ultimately raise female sport participation.

Christina is an accomplished elite-level ball hockey and ice hockey player.  She played four years with the NCAA's College of the Holy Cross and has also played internationally in competitive ball hockey representing Italy.  She's also (National Coaching Certification Program) NCCP Level 1 certified and was an assistant coach for the Mississauga Chiefs of the Provincial Women's Hockey League (PWHL).  Even with all this great experience and expertise, Christina still found herself in uncharted territory having never coached ball hockey or players at the U10 level. 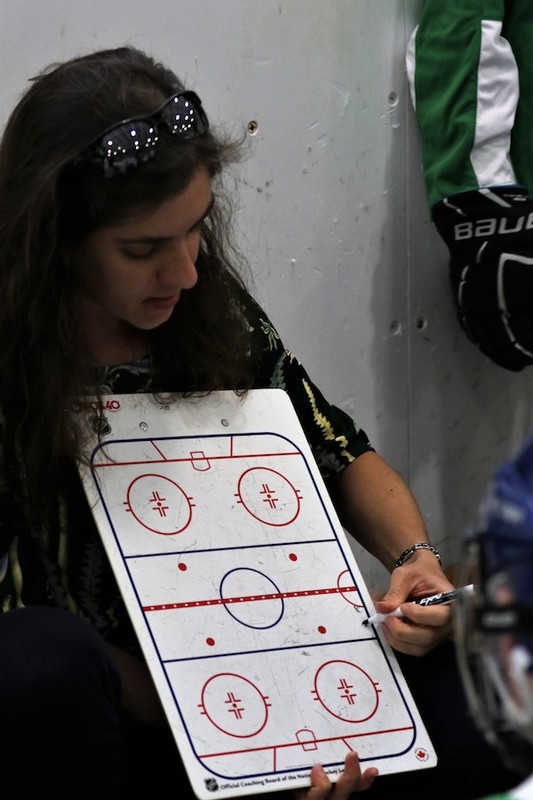 Christina's foray into coaching ball hockey started with her reaching out to the EMBHL to see if they were interested in having her help coach. She also expressed an interest to coach the younger players of the League.  Luca Torresan, the League's current President, was not only keen to have her involved but was also excited to co-create an all-new girls U10 rep team that could represent the League at the 2018 summer Ontario Ball Hockey Federation (OBHF) Provincial Championships.  In its current form, the EMBHL didn't yet have enough girls to offer a stand-alone girls' league so house league teams were co-ed and the girls were scattered across all of the teams.

Heading to Provincials: The game plan

League help behind the bench: In order to help Christina build some experience coaching ball hockey, the EMBHL helped support her behind the bench with a U14 team.  At the same time, they began to build a U10 girls' rep team with the eight girls already playing in the League.  Their team development plan was to work with the new U10 rep team throughout the League's 10 week season (April - June) and have them ready to compete at the OBHF Provincials at the beginning of July.  After some effort recruiting additional players throughout their 10 weeks of prep time, the team settled at thirteen players - twelve runners and one goalie.

Recruitment and skills-building: Most of the girls playing had come to ball hockey from either field lacrosse or ice hockey and, for many of these players, this was their first time trying ball hockey.  Throughout the ten-week period, the primary goal was to give every girl a chance to touch the ball as much as possible as well as to build up their sense of competency and confidence using their stick and the ball together.  In the end, all of the girls proved to be quick learners to the game of ball hockey who also became fast friends. 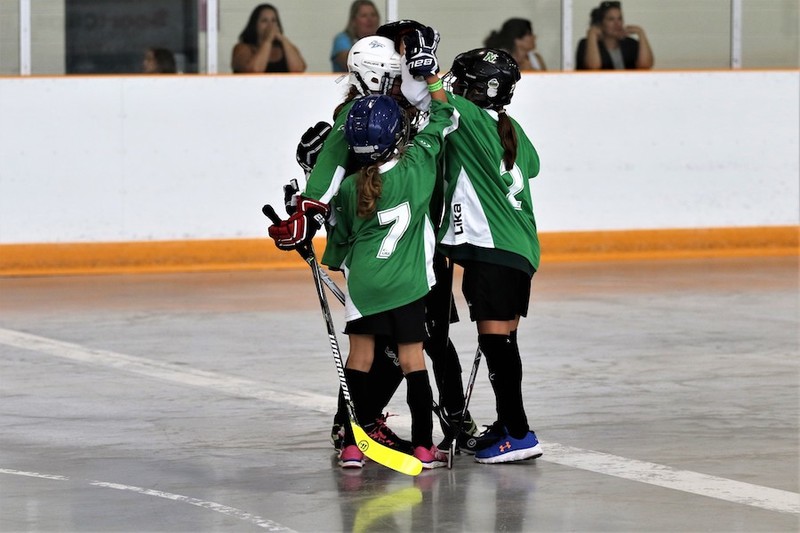 Provincial weekend success: When Provincials weekend finally arrived, the girls continued to score more goals.  The girls, together with their coaches, got to experience the highs and lows of competitive ball hockey, and, most importantly, enjoyed their time together as they created lifelong memories being apart of a team competing at the Provincial level.

Success in the first year - what made the difference

One-on-one coaching: For Christina, making sure each player on the U10 rep team had some one-on-one time with her was a top priority. Having this type of time with each player enabled her to show each girl how much she cared and ensured that each player understood they played an important part in the team's success.  Christina's first-year success as a ball hockey coach also relied heavily on the tremendous support she received from the League and the parents of the players. Success comes from working as a team whether you're the coach or the player.

Help visualize a future. See it to be it: Along with quality player time and having a supportive network around her, Christina also felt it was important to show the girls where their play could go and to help them internalize that their participation in sports counted.  This meant sharing YouTube video clips of herself competing for Italy at the World's and inviting the girls to come and watch her play in her own house league games.  By doing this, Christina felt that it gave her players the chance to internalize where their participation in ball hockey could take them in their future and as an adult.  It also meant generously offering to come and watch each of the girls play in their off-season sports.

Praise and Push.  Ultimately, though, for Christina, wanting the best for her players is always a big force behind her basic philosophy as a coach. In her mind,

"It's a balance of praising and pushing.  Saying things like 'I know you can this'. 'Keep trying'.  'Push yourself out of your comfort zone'.  It’s how you learn. Positive reinforcement together with motivation while pushing the girls to be their best." 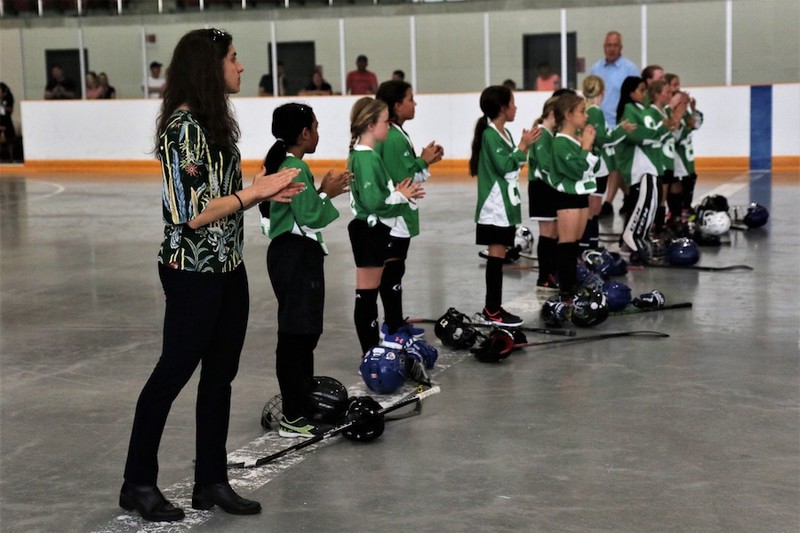 Christina believes there are a number of important ways both women and community ball hockey leagues could help create better connections between each other, grow the number of females coaching ball hockey and, ultimately grow the sport. Her suggestions:

For the player who's thinking of becoming a coach, consider:

Find the EMBHL and the OBHF in our Athlete Advisor, your online athletic business directory. Find, rate and review programs, local community offerings and businesses that will help you do your thing.

Look for advice, stories, news and more on our Ball Hockey activity page.

Have your own ball hockey moment you'd like to celebrate?  Share your highlights directly on our Discover blog or by using #seewhatshecando on social media and inspire others to get active. 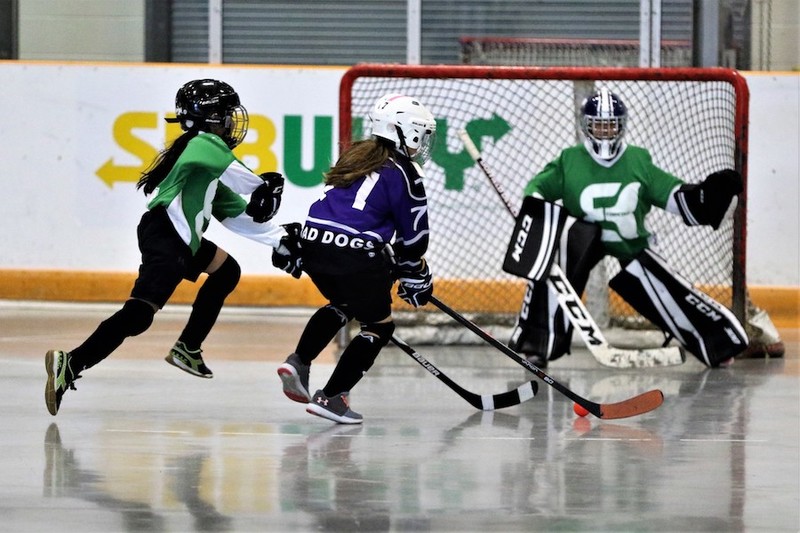 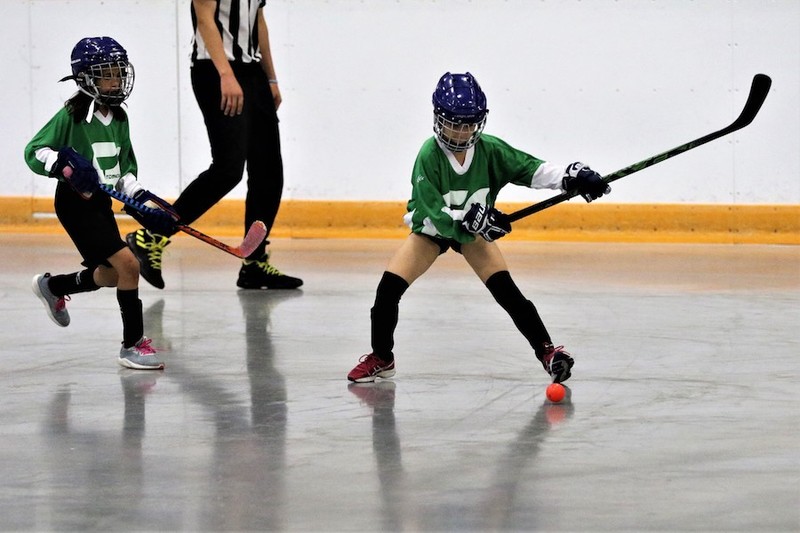 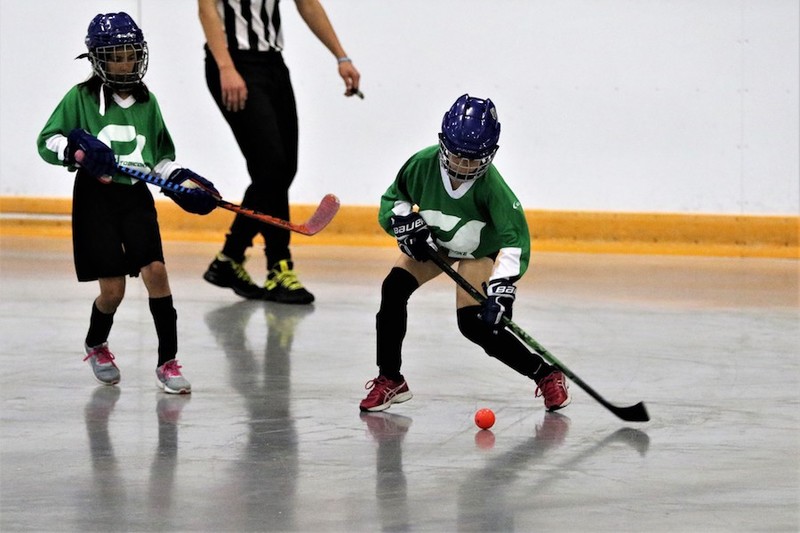 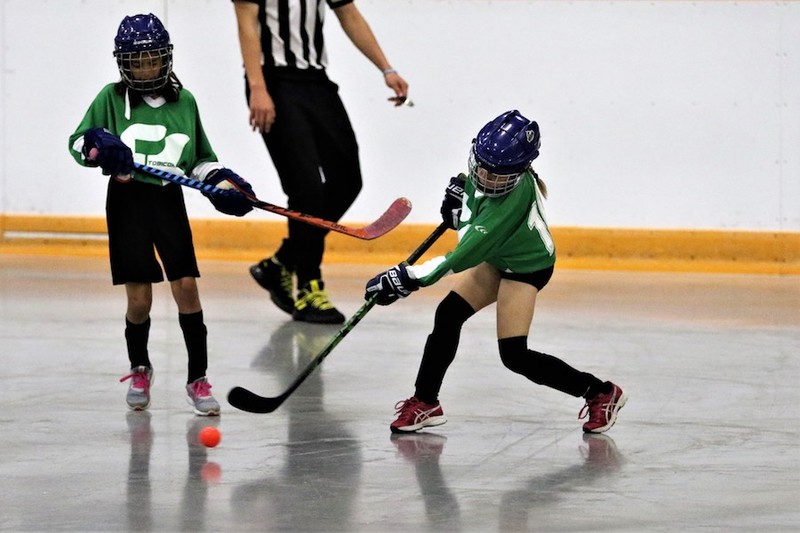 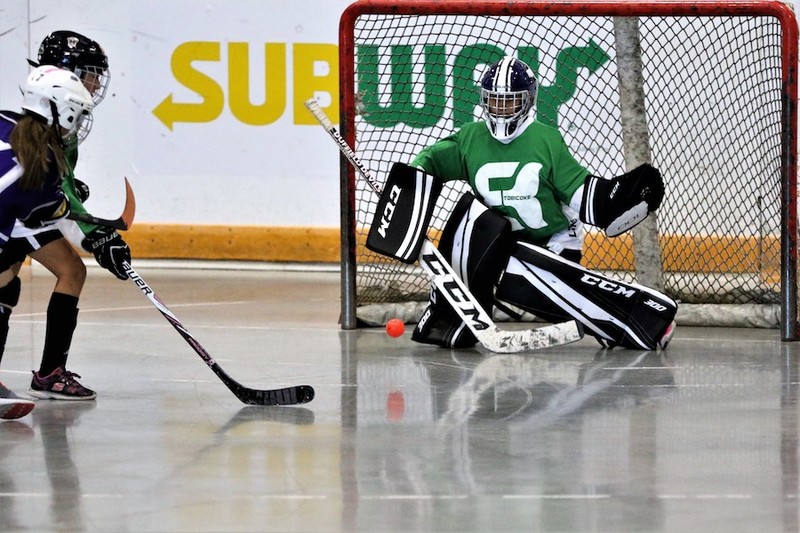 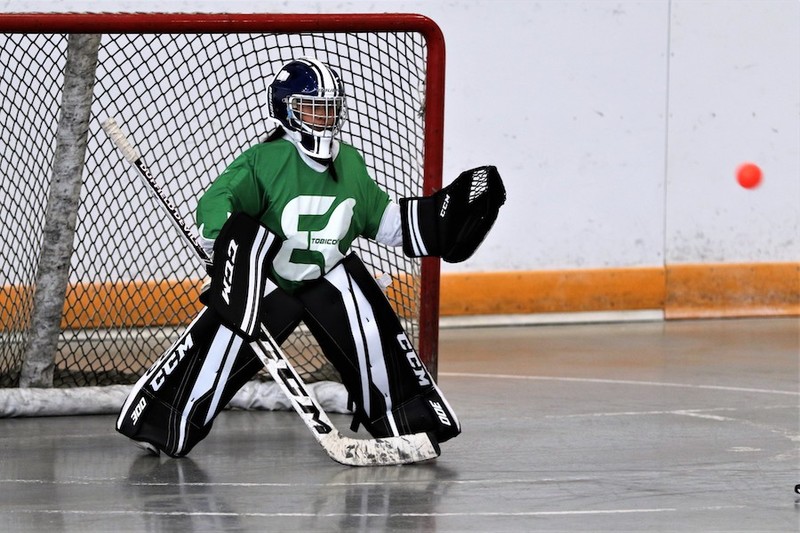 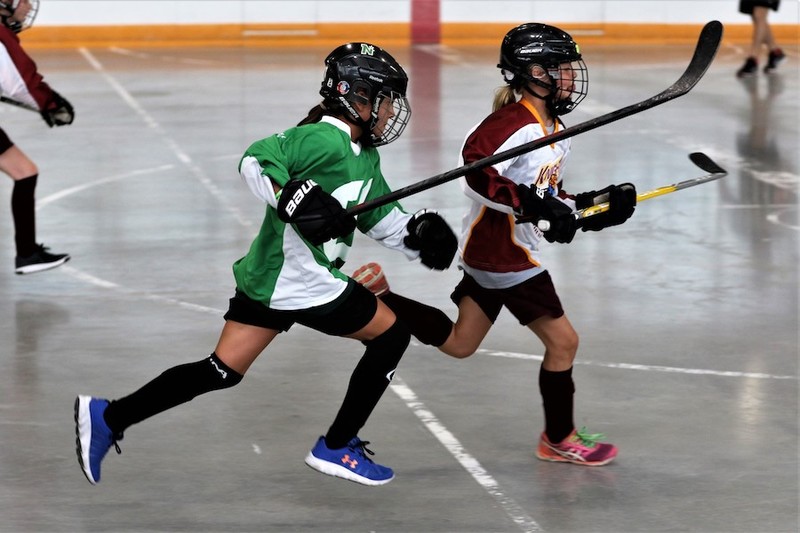 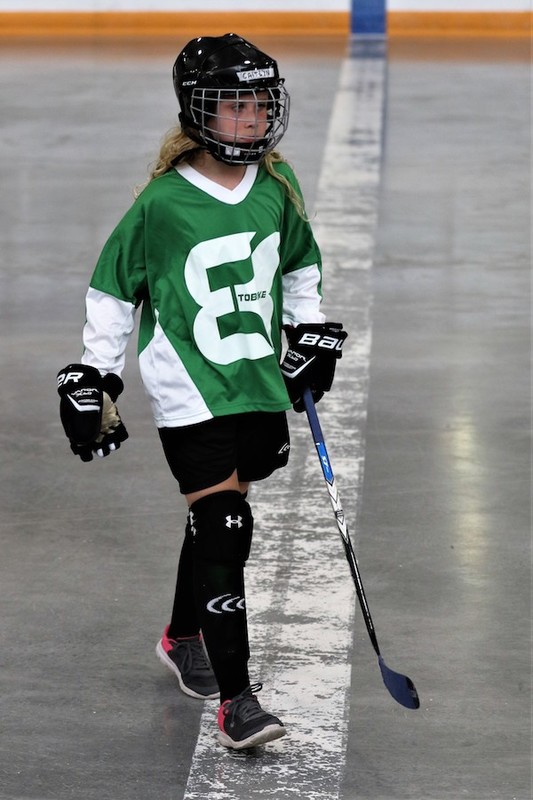 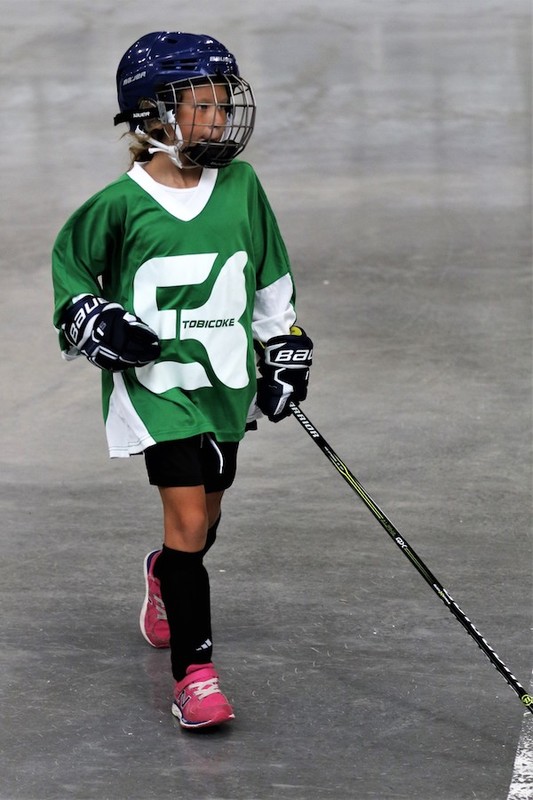 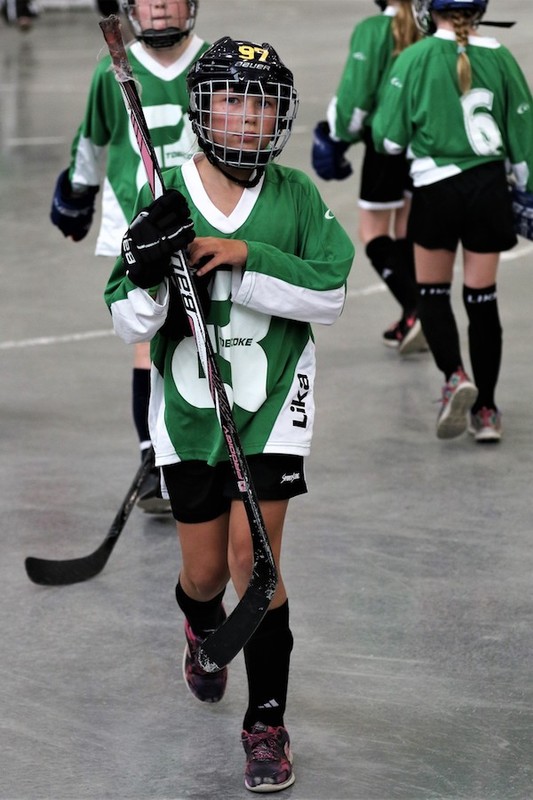 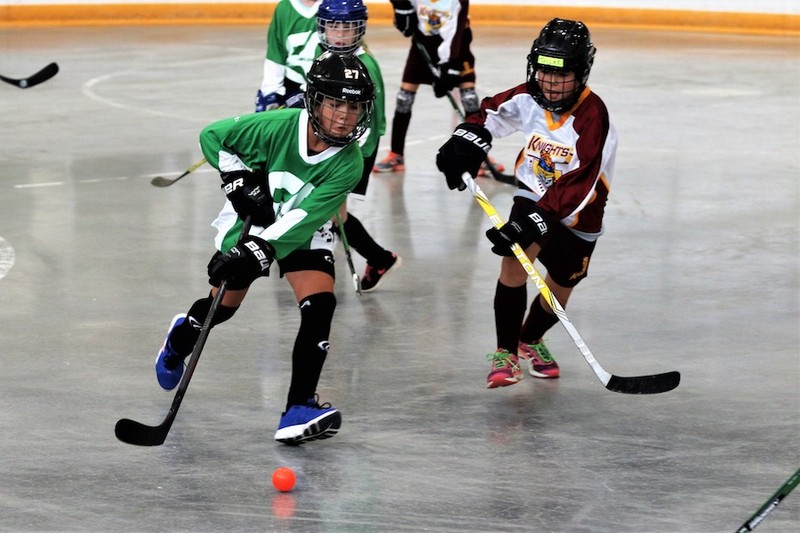 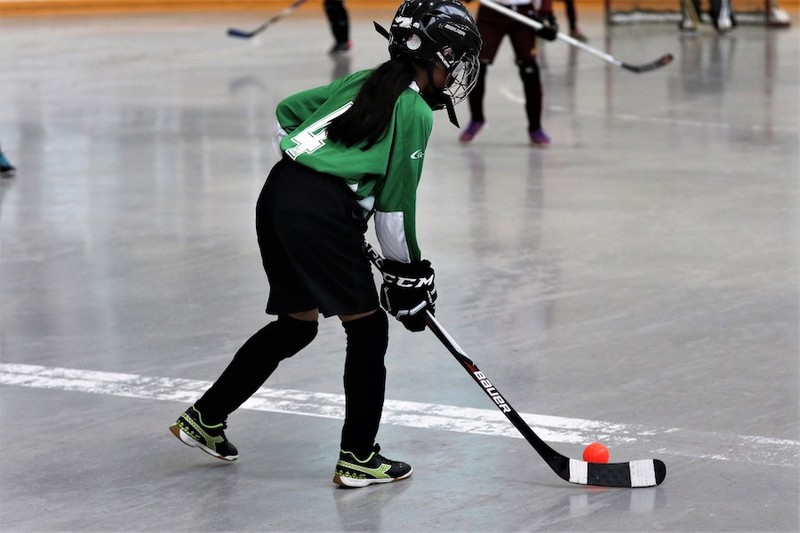 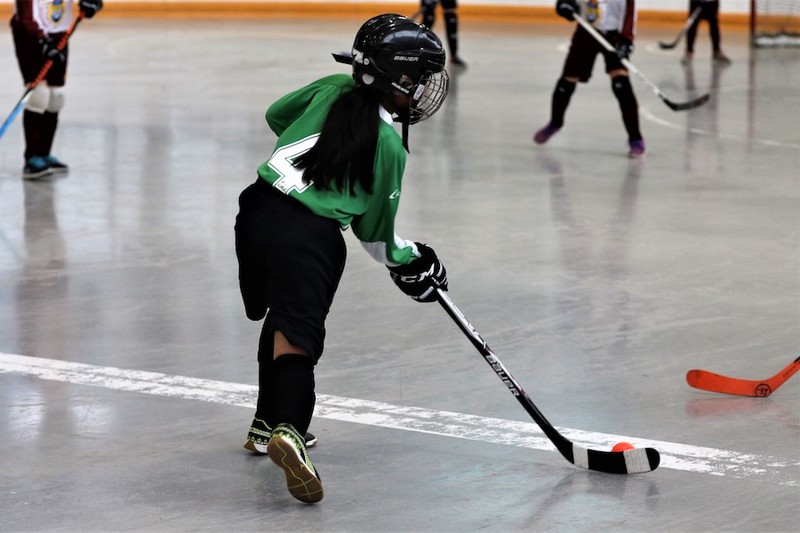 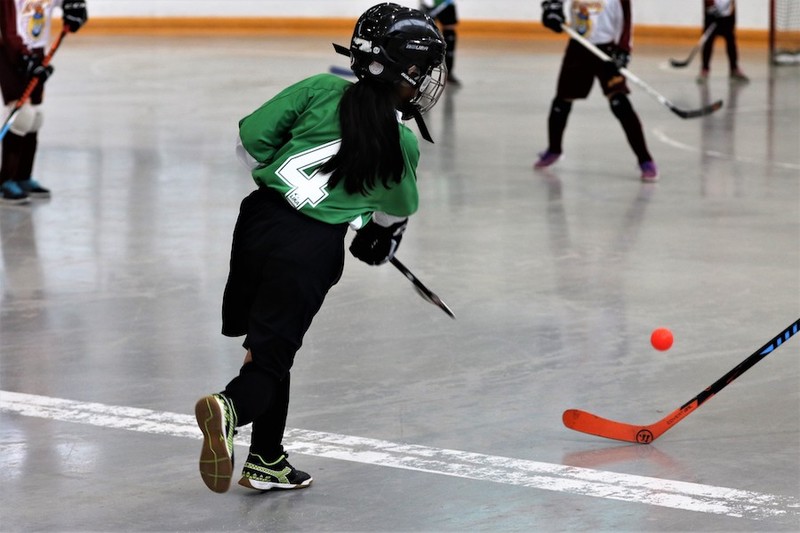 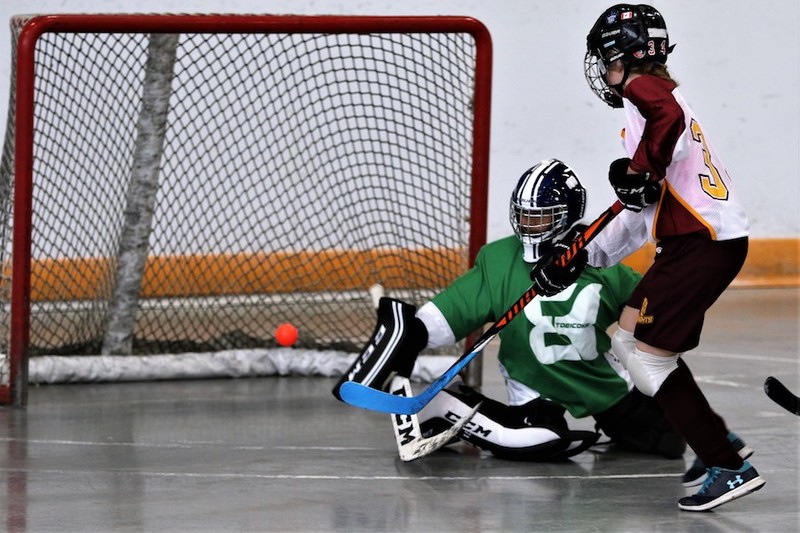 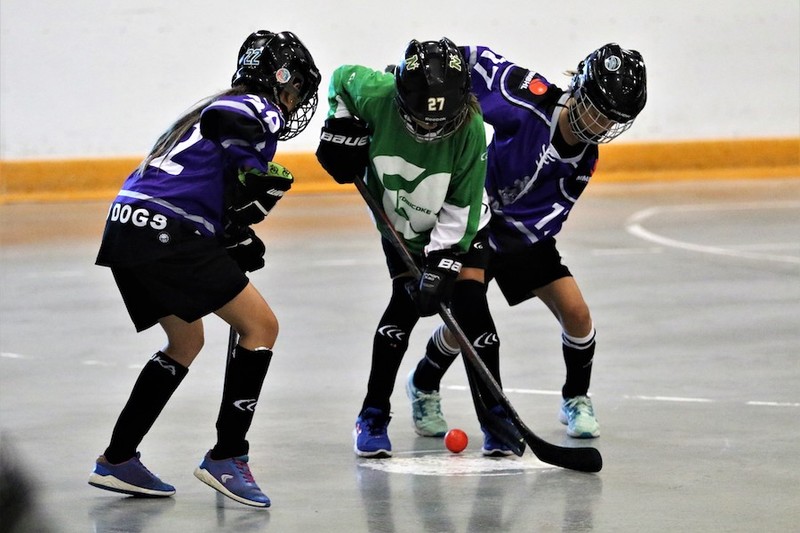 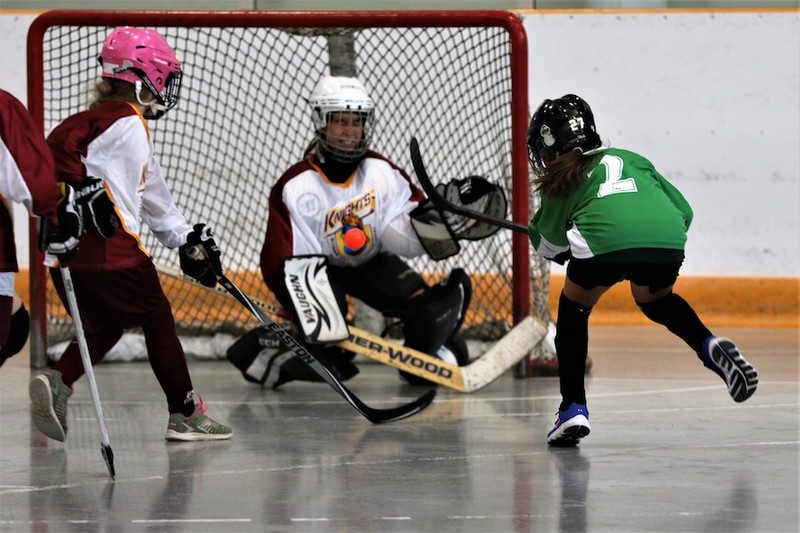 Caroline is the Founder of SeeWhatSheCanDo. Her world has always revolved around sport. Caroline's passion is moving, doing and photographing the active moments all around her. When she’s not making plays on the ice or actively exploring the world with her family, she can be found researching her genealogical history and immersing herself in all things Cornish.

Tina is a Canadian-bred storyteller and Co-Founder of SeeWhatSheCanDo. Lover of all things outdoors, Tina's happy place is surrounded by forest, water and mountains. In moments when she isn't moving outdoors, CrossFitting or playing hockey, you'll find her watching her daughters on the dance floor or playing hockey, reading a book, or cooking up a storm.