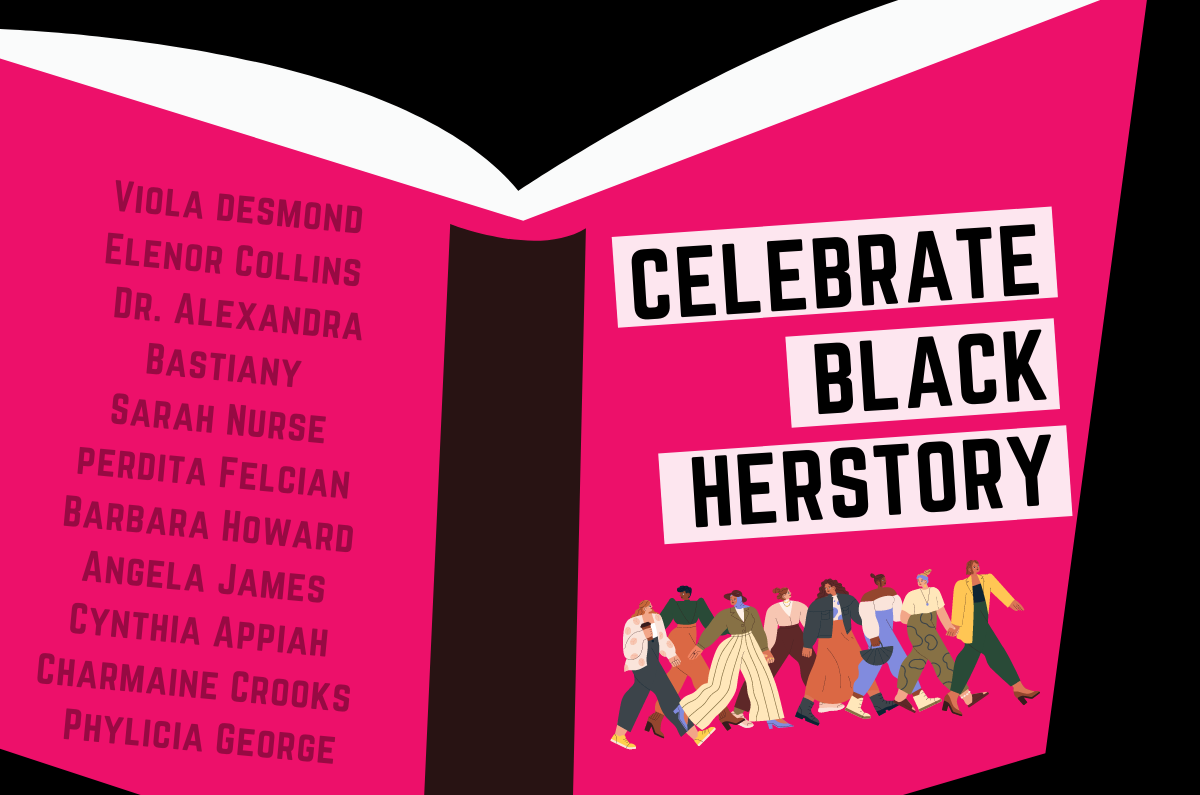 Just like that the 2022 Beijing Winter Olympic games have come to a close. Canada finished with the 4th highest medal count and fell into 11th place overall with 4 gold, 8 silver and 14 bronze medals. As exciting as the Winter Olympic Games made February, this month is about much more than sport.

February is Black History Month, a time when we celebrate the many achievements of Black Canadians.

Black History Month has been recognized in North America since 1926 by Harvard-educated African American historian Carter G. Woodson, and was then known as Negro History Week.

That said, only 26 years ago, in 1995 was February declared Black History Month in Canada.

There are countless historical figures and significant events that have impacted Black History and contributed to the legacy of Black Canadians.

Below are a few notable females that I hope to highlight today:

Viola Davis Desmond: Born in Halifax, Viola ran her own beauty parlour and college in the 1940’s. One night at the movies she refused to sit in the balcony seats that were then reserved for Blacks. She was immediately arrested, jailed and fined. Viola put her own safety and well being at risk to stand up against injustice and discrimination. Viola is now honored on the Canadian $10 bill.

Elenor Collins: Known as the “First Lady of Jazz”, Elenor was the first Canadian music artist to have a show named after her (1955) and the first artist of color to host a national television series in North America. All of these firsts are groundbreaking pieces of Canadian Black history.

Dr. Bastiany graduated with honors from UdeM Faculty of Medicine as their first Black valedictorian. Not stopping there she is now the first Black female Canadian Interventional Cardiologist. She works with several community organizations and is actively working to decrease the race and gender biases leading to differences in standard of care and clinical outcomes.

These historical figures have paved the way for women of colour to seek new opportunities and continue to make significant contributions to Canadian heritage. Quite topically, there is one woman who recently made waves and set records in the Olympic sports world.

On Saturday the Canadian Women’s Hockey Team took home the gold medal at the Beijing Olympics. Up 3-1 going into the third period Canada could see the podium. With strong performances from captain Marie-Philip Poulin and goalie Ann-Renée Desbiens, the clock wound down. With about a minute left, team USA went on a power play and with 13.5 seconds left put one in the back of the net bringing the score to 3-2. A terrifyingly slow countdown, but alas, Canada won!

The Canadian women’s team was rightfully thrilled, and while every player on the roster made a contribution, Sarah Nurse stood out. Sarah became the first black woman to win a gold medal in Olympic Ice Hockey. Not only was she a member of the Canadian roster, Sarah made huge contributions to her team’s tournament success and broke several Olympics records.

The 27 year old born in Hamilton, Ontario finished in Beijing with 5 goals and 13 assists, breaking the record for most points and most assists in a single Olympic tournament.

Nurse is most certainly making history and continuing to pave the way for black Canadians and female athletes alike. And although this is a bright spot to be celebrated, Black History Month is also a time to reflect on how far we still have to go as a society.

The sport of hockey has not traditionally been a culturally diverse space. The NHL community continues to speak out about issues of racism throughout the sport.  As recently as last month, an incident of racist taunting surfaced in both the AHL and ECHL. PK Subban, a defenseman for the NHL's Devils, has been vocal about these issues stating “there is no room for it (racism) in our game.”

Speaking up and engaging in dialogue in order to learn how to create welcoming, diverse spaces, is one step we can all take in the right direction. Sport has the potential to be a powerful tool for connecting people of different races. The court, field and ice are places we can all come together to grow as individuals and celebrate successes.